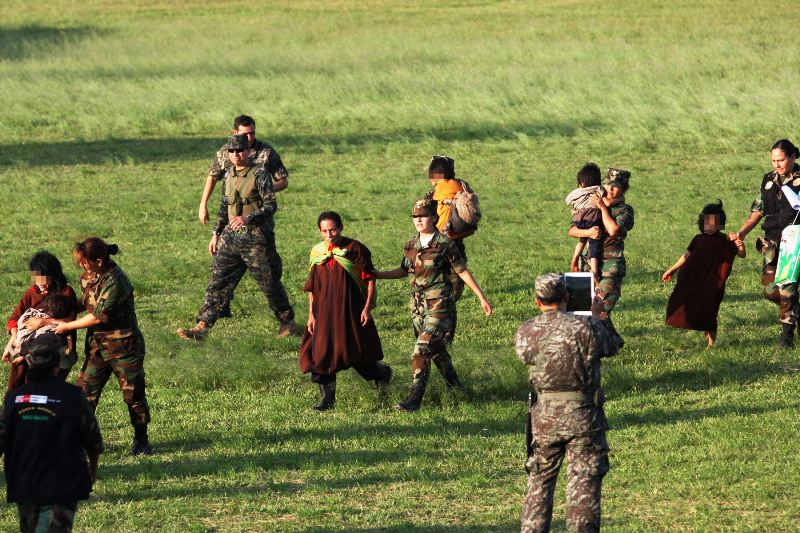 Peru’s armed forces freed 15 enslaved workers from a Shining Path work farm in Junin state on Friday, the second raid of the week.

Less than one week after 39 slaves were rescued from a Shining Path ‘production camp’, Peru’s special forces raided a second camp in which 15 captive workers were freed. Eight of the 15 slaves were children under 14 years old.

Last week, as the country celebrated its 194th year of independence, Peru’s military raided two Shining Path labor camps to free a total of 54 captive laborers, almost all of whom were Ashaninka Indians. 35 of the 54 captives were children. Many suffer from chronic malnutrition and tuberculosis.

“The children generally had parasites and skin diseases,” said Jose Baella, commander of Peru’s anti-terrorism military unit. “Right now they are being treated by the health ministry. Doctors from the national police and armed forces are also giving them checkups in the presence of the public ministry.”

Baella says that 70 people have been rescued in four or five lower-profile missions in the VRAEM region where the Shining Path works with international drug trafficking gangs.

In the Shining Path production camps, women work in agriculture and have sex with guerrillas to give birth to future rebels. The children also work the fields and, when the boys reach 14 years of age, they leave the camp to join rebel units.

Shining Path guerrillas “Comrade Roberto” and “Comrade Ricardo” were arrested in the second operation in the Pangoa district of Junin’s Satipo province.

“The Shining Path have lost these slaves,” said defense vice minister Ivan Vega. “But we are not gloating because there is still work to do. This is just one part.”