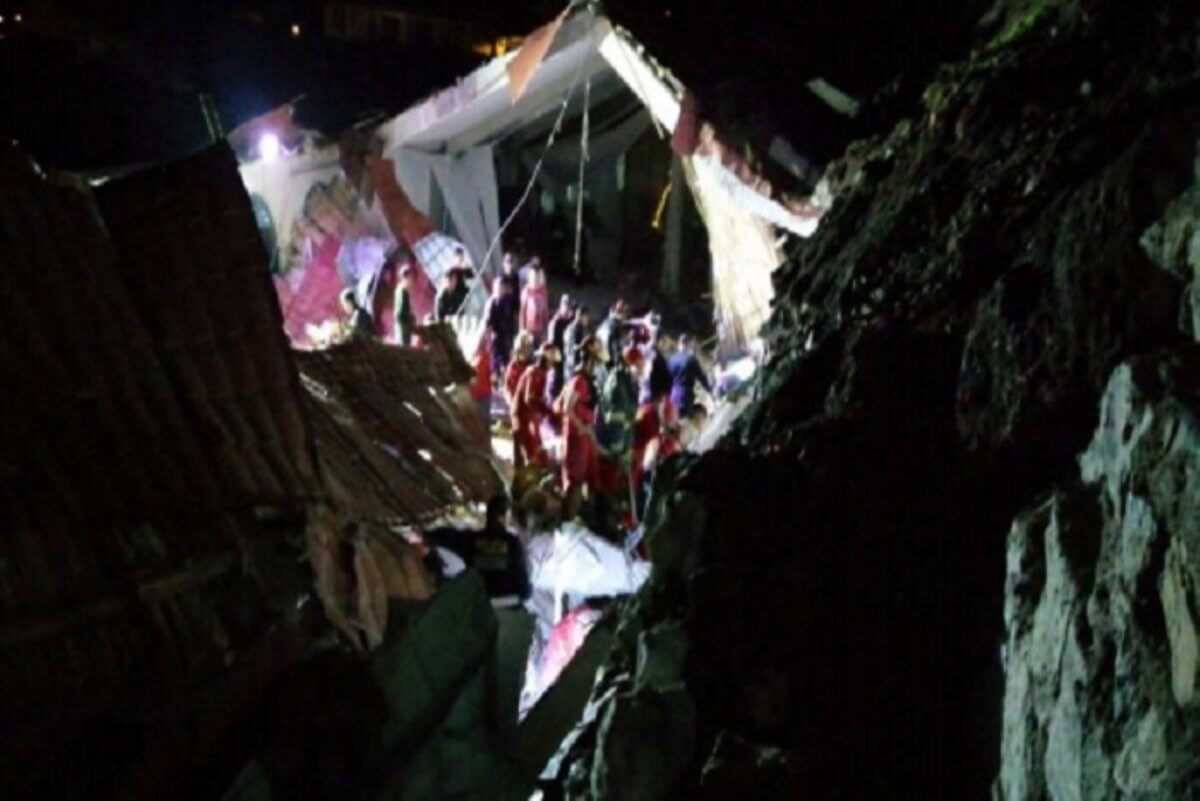 15 people have died and at least 32 have been injured in a landslide that collapsed a building where around 100 people were celebrating a wedding, reported El Comercio.

The tragic event took place in the Alhambra hotel, in the province of Abancay, Apurímac at around 00:30 a.m. The hotel is situated close to a slope, and a containing wall had been constructed to protect the building. However, strong rains caused a landslide of mud and rocks which knocked down the wall, resulting in the roof collapsing on many of the party-goers.

The National Institute of Civil Defense (INDECI) posted a tweet on Sunday reporting that the landslide had caused 15 deaths, 11 of whom had been identified, and 32 people had been injured. La Republica reported that some of the bodies could not be identified immediately due to the state they were found in.

One of the individuals injured was a minor of 16 years old, who was transferred to Cusco hospital (170 kilometres away) to treat “severe blunt abdominal trauma.”

Zulema Tomas, director of the Ministry of Health, told RPP that those involved in the landslide are receiving psychological support.

“Really, mental health at this time and just now, after 24 hours, comes the most painful stage of grieving,” she said. “Above all for the relatives of the deceased victims, but also for those who were present at the wedding.”

El Comercio reported that legal action is likely to be taken. It’s possible that there are more victims still hidden under the rubble, as the party had an open invite and survivors said that many of the attendees were close to the wall when it collapsed.

The building had a roof made from mud and reeds, which Analhí Sotelo – who was contracted to sing at the party – said was dripping a week before the event but that the owners had just placed buckets under the leaks.

“Inside the place was decorated with drapes and lights, so it was impossible to notice the state of the walls, columns and ceiling,” Sotelo told RPP. “There was negligence, they already knew that there were leaks and they should have warned people. The whole roof was made of reeds or material that doesn’t resist rain or blows.”

Urpi Camacho, who was also present at the wedding, told RPP that INDECI had warned the hotel that they couldn’t have events in December and January because of the strong rain forecast and the subsequent risk of landslides.

During the winter months, many areas in Peru fall prey to landslides due to strong rains and the steep slopes in regions across the country.