Hedge fund to sue Peru for $1.3 billion over agrarian bonds 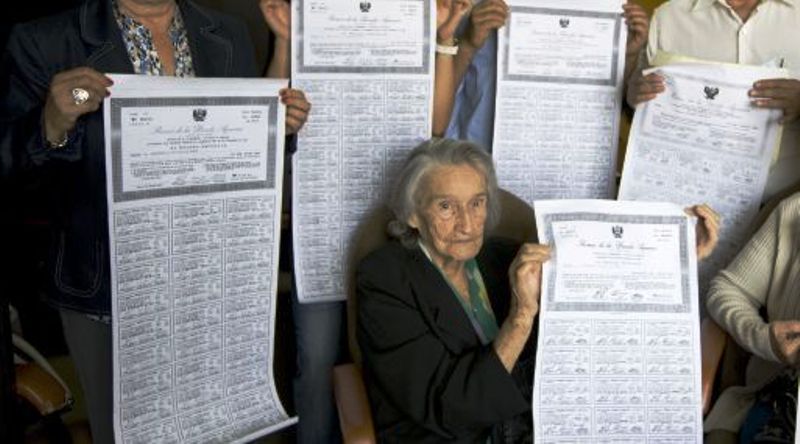 In a 15-page letter accompanied by a 200-page appendix, the hedge fund says it will seek damages from an international tribunal for Peru’s violations of the expropriation, minimum standard of treatment and national treatment articles of the United States-Peru Free Trade Agreement.

“By establishing an exclusive payment process that deprives the land bonds of all or substantially all their value, Peru has expropriated Gramercy’s property,” reads the notice of intent. “Peru’s evasion of its debt has no legitimate public purpose, was implemented in a discriminatory manner, was not promulgated in accordance with due process … and of course has not been accompanied by payment of anything remotely resembling prompt, adequate and effective compensation.”

The notice alleges that Peru has not given Gramercy “fair and equitable treatment” or “full protection and security” as the free trade agreement requires both states to afford to each other’s entities. It also says that laws passed in 2014 which give entities deemed to have “speculative ends” lower priority than other bondholders violate the national treatment article, since Gramercy was the only bondholder to be designated as speculative.

In a letter with several references to a 2013 judicial ruling which saw one justice’s opinion doctored with white-out, Gramercy says that Peru’s government has manipulated the justice system to value its bonds at just $1.9 million instead of $1.3 billion.

Last month a Columbia University legal professor hired by Gramercy published an opinion that Peru was “materially misleading” in its sale of $3 billion in sovereign debt in 2015 for not mentioning the ongoing dispute over Gramercy’s agrarian bonds.

Peru’s government has maintained that the agrarian bonds were issued in local currency before the free trade agreement was enacted and is subject to Peruvian law.

“Instead of respecting Peruvian law or participating in the established procedure, Gramercy has launched a media campaign for their own benefit, as has been reported by the Wall Street Journal,” Peru’s finance ministry said in a statement.

Sovereign debt markets are dismissing the hedge fund’s claims to redeem 40-year-old bonds from a country which has since overcome an economic crisis which saw hyperinflation and two currencies fail as well as a bloody insurrection to become the region’s top economic performer under orthodox fiscal and monetary policy.

“If bondholders thought this was a negative development, it would be reflected in risk levels. It’s not,” Sean Newman, an Invesco Advisers money manager told Bloomberg. “You look at public debt management, and [Peru is] a benchmark that other emerging-market countries should strive to reach.”

In the 1960s and 1970s, the leftist dictatorship of President Juan Velasco issued agrarian bonds in exchange for 23 million acres of farmland it expropriated from landholders in an effort to empower peasants and reduce inequality. Agricultural production plummeted and the government ultimately stopped paying the bonds during the economic crisis of the 1980s.

Gramercy had acquired 10,000 of those bonds by the time the United States-Peru Free Trade Agreement took effect in 2009. But Peru’s government has been reluctant to pay face value to who it sees as foreign opportunists. While most of the financial community sees the agrarian bonds as Gramercy’s problem, some independent observers believe that Peru should honor the debt.

“The ministry of economy has put forward a means of establishing the current value of the bonds, but the formula dramatically undervalues the bonds as a result of basic mathematical errors as well as by overvaluing the Peruvian currency relative to the dollar and tying the interest rates to one-year U.S. treasury bonds,” writes Christopher Sabatini, public policy professor at Columbia University.

“The resulting value, according to an independent report, is a woefully inadequate – 0.5% of the bonds’ value compared to using the more generally accepted means of calculating current value, the Consumer Price Index (CPI). In other words, by paying these long-waiting holders of debt less than one-hundredth the amount they are owed, more than 40 years after seizing their land, what the Peruvian government is proposing is exactly what the military government was seeking to avoid: expropriating citizens’ property.”

The United States-Peru Free Trade Agreement provides for a legal process in which a three-person tribunal will hear the case in a neutral venue.