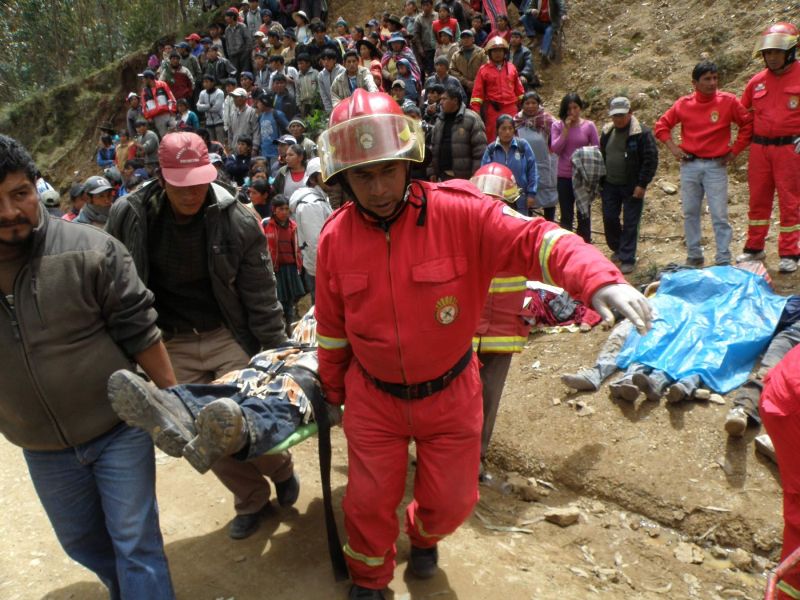 At least 17 people including ten schoolchildren were killed when a dump truck fell into a ravine in Huanuco state this morning.

A dump truck transferring students, parents and teachers fell 1,000 feet into a ravine in the Cahuac district this morning. At least 17 were killed and 54 injured.

“The students were travelling in a Cahuac municipal dump truck,” a police official told RPP. The group was returning from a field trip to celebrate the twentieth anniversary of the Yarowilca province.