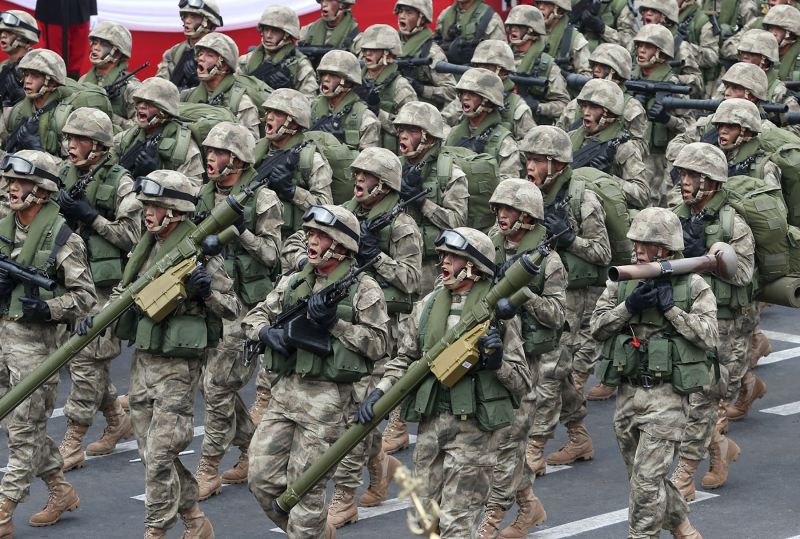 Garcia announced his position yesterday after meeting with Cabinet chief Pedro Cateriano ahead of next year’s elections in which crime consistently registers as voters’ top concern facing the nation.

“All [300,000 agents of Peru’s security forces in the police and military] should focus on society’s problem,” Garcia said. “[Members of the military] have the psychological conditions, preparation and experience.”

Garcia added that Peru was on the verge of descending into a criminal situation similar to Mexico’s. “I am with the popular majority that demands all the state’s resources be put to use,” Garcia said. “The people should be better protected than they are right now.”

However Alejandro Toledo, another former President running for the office, has also supported the measure. “[We can’t allow extortion gangs] to keep putting grenades in schools. where our children don’t have the security to study.”

Leading presidential candidate Keiko Fujimori said the military is not trained to police the streets of Peru’s cities. She offered to strengthen the police force as well as informal patrols known as “rondas,” which her father President Alberto Fujimori armed in his battle against the Shining Path.

Pedro Pablo Kuczynski, the runner up in voter intention surveys, also denounced the proposition of the army patrolling the streets. For his part, he blamed corruption in the national police for rising crime. “In order to have an efficient national police force, we need to strengthen the institutional with more police, better equipped and better pay,” Kuczynski said.

Most damaging to Garcia’s proposal was the condemnation of one of his former interior ministers, Remigio Hernani. “The armed forces are not prepared for this activity. Soldiers are prepared for war. The consequences would be disastrous.”

Alan Garcia is ranked third in polls after Fujimori and Kuczynski, making him the highest-ranked candidate to endorse military patrols in Peru’s cities.