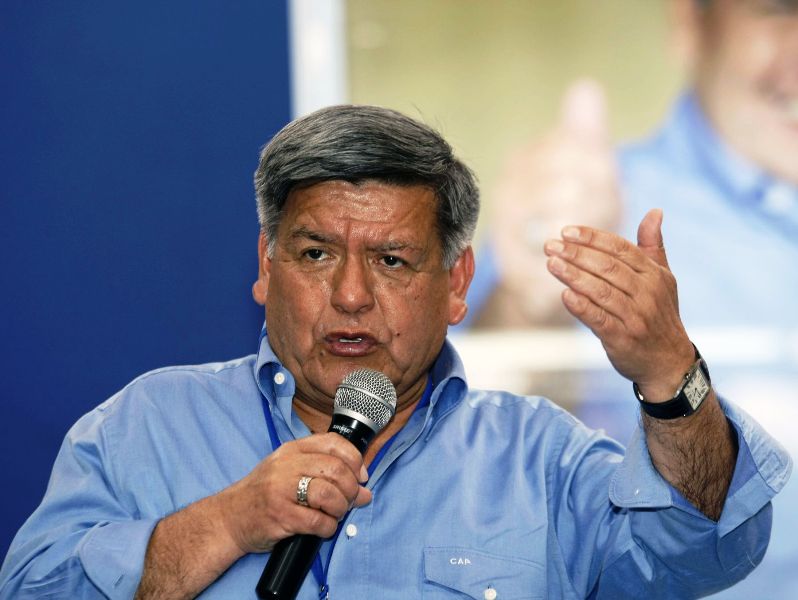 Cesar Acuña is a former governor of La Libertad, former mayor of Trujillo and leader of the Alliance for Progress political party.

Cesar Acuña was born in 1952 in the Chota province of Cajamarca. He was the third of twelve children in a farming hacienda. After finishing high school, Acuña studied chemical engineering at the National University of Trujillo. He later obtained postgraduate degrees in education from Lima University as well as Andes University in Bogota, Colombia. He earned his doctorate in education from the Complutense University of Madrid.

Acuña is the owner and founder of the Cesar Vallejo, Autonoma del Peru and Señor de Sipan universities. Cesar Vallejo University has campuses in Trujillo, Piura, Chiclayo, Chimbote, Tarapoto, Callao and Lima. Acuña is also the founder and owner of the Trujillo soccer club, Cesar Vallejo.

In 2000 Acuña was elected to Congress with the National Solidarity party and served until fresh elections were called after the fall of President Alberto Fujimori in 2001. Acuña was reelected with the center-right National Unity alliance under presidential candidate Lourdes Flores, ultimately representing La Libertad in Congress from 2000 to 2006.

Acuña did not run for reelection to his congressional seat in 2006 in order to campaign for mayor of Trujillo, the provincial capital of La Libertad and longtime stronghold of Peru’s oldest political party APRA. In the first time in over 40 years an APRA candidate lost a mayoral election in Trujillo, Acuña was elected mayor of Trujillo for 2007 to 2010 and again from 2011 to 2014.

Acuña resigned the mayoralty of Trujillo in the final months of his second term in order to run for governor of La Libertad state. Acuña won that election and assumed the governorship of La Libertad on Dec. 31, 2014.

In October 2015, less than 10 months into his five-year term, Acuña resigned his position as La Libertad governor on the last day legally required in order to run for president of Peru in 2016.

Acuña has been accused of misusing Trujillo municipal funds to benefit his university and political party. Acuña’s ex-wife Rosa Nuñez, now a National Solidarity congresswoman, accused him of transferring his university assets to his brothers to avoid subjecting them to divorce proceedings. She also accused him of domestic abuse during the 30 years in which Acuña fathered three children outside of the marriage.

Three of Acuña’s siblings have served in Congress, including National Solidarity congressman Virgilio Acuña. His brother, Humberto Acuña, is the current governor of Lambayeque serving his second term. Acuña’s son, Richard Acuña, is an Alliance for Progress congressman.