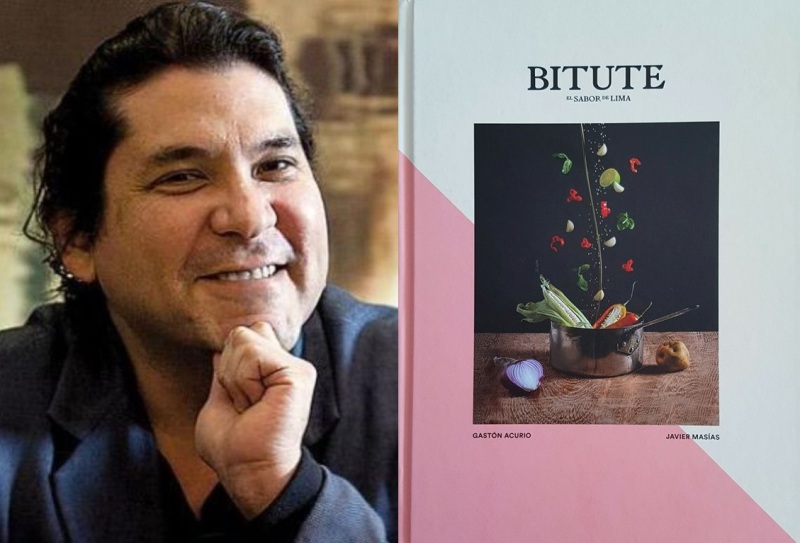 Acurio and Masias have published “Bitute: The Flavor of Lima,” a 240-page hardcover which explores various traditional recipes in the 18th and 19th centuries as well as how they were developed and the context of time.

“Just over a year ago Gaston Acurio and I got in this madness, an anthology of Lima’s forgotten recipes or those which we prepare differently today,” Masias wrote on Facebook. “The book seeks to pay tribute to the recipes of the past and the chefs who had the sense to write down the recipes and publish them so they would be available today.”

The book features curiosities including the original version of huancaina sauce, the integral part of today’s papa a la huancaina, which in the early 20th century contained bitter orange and was served hot.

“Now I know why we put chocolate in carapulcra,” Masias told El Comercio. “Before they used French wine because it was food for Lima’s wealthy class. But when it became popular, people substituted chocolate because sweet wine was too expensive.”

Other variations include ceviche with tomato and bitter orange and lomo saltado featuring only steak and potatoes.

“Limeños today do not only praise Lima the colonial city, but we proudly celebrate it as the city of all the races, the land that one day our grandparents came to from all corners of Peru and the world to forge a path,” Acurio wrote on Facebook. “It is important to recognize this important but long denied stage of our history.”

The Jan. 18 publishing date is the 481st anniversary of the founding of Lima by Francisco Pizarro.

“Bitute: The Flavor of Lima” was published by Latino Publicaciones and is available for $52 at the Ibero Librerias bookstore at the Lima airport.