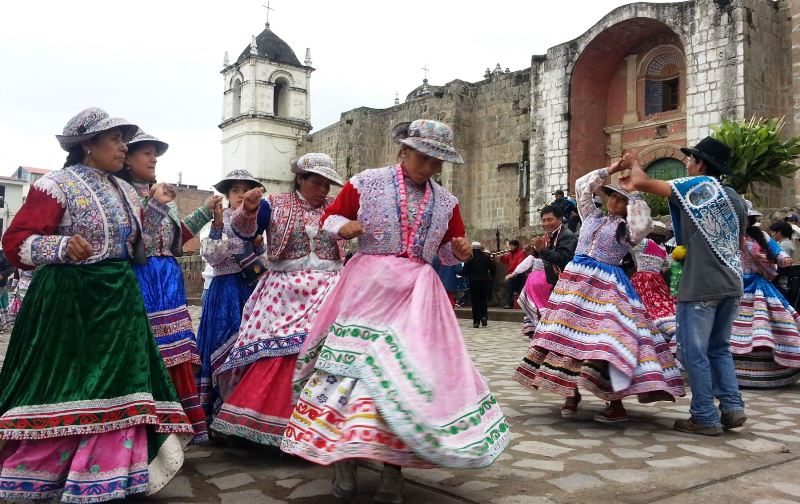 UNESCO has included the indigenous Wititi dance from Peru’s southern state of Arequipa in its list of Intangible Cultural Heritage of Humanity.

The dance originates in Arequipa’s Caylloma province better known for the popular tourism destination, the Colca valley. The Collagua and Cabana cultures developed the dance which is performed during the rainy season in the region which ranges from 6,500 to 12,700 feet in altitude.

“The Wititi dance of the Colca Valley is a traditional folk dance associated with the beginning of adult life,” reads the UNESCO profile on the dance. “It takes the form of a courtship ritual and is typically performed by young people during religious festivities celebrated throughout the rainy season. It is danced in troupes with rows of male and female couples performing a variety of steps to the beat of a band.”

However the dance may be better known for the men dressed as women, which is done “to confuse their enemies” according to Peru’s culture ministry. Another theory is that the men dress as women in order to seduce the girls without arousing suspicion.

“This is a global recognition of this dance that represents love and the color of the people,” Arequipa governor Yamila Osorio said from Namibia, where she received the recognition with a delegation from Peru’s culture ministry. “We are very happy. We literally won a world prize.”

Osorio added that the cultural recognition should boost tourism to Arequipa’s Colca Valley, which is Peru’s second most-visited tourist destination after Machu Picchu.

The Wititi was one of 20 elements added to the UNESCO Intangible Cultural Heritage list along with traditions from Colombia, Ethiopia, Vietnam and more.

Watch a presentation on the Wititi dance from Peru’s culture ministry.