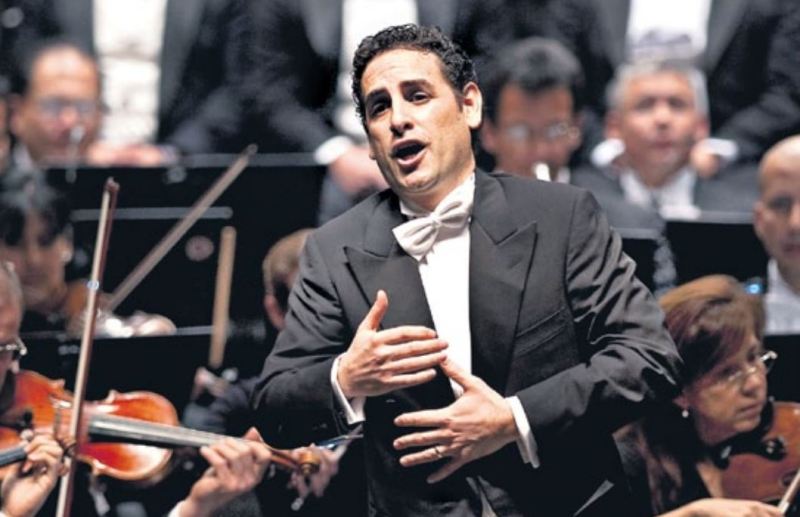 The event proceeds will benefit the Symphony for Peru program, a classical music program for disadvantaged children modeled after the El Sistema program in Venezuela.

Florez told El Comercio that the concert will feature classical music alongside the popular music of Peru.

“Before [learning to sing opera], my musical background was Peruvian songs, Latin music, romantic ballads and rock,” Florez said. “Obviously, when I sing folk music, you can tell that I am a tenor. It is difficult to escape that box. But I love doing it and I have to say that at recent concerts I have sung at least one popular piece with guitar, and the public response has been very positive.”

Eva Ayllon, singer of “Mal Paso,” has released over 30 solo and collaboration albums and been nominated for seven Latin Grammys for Best Folk Album.

Andres Dulude is a pioneer of Peruvian rock as the longtime front-man of the band Fragil, whose signature hit “Avenida Larco” has been used as the title of a new film based on the band and the rock scene in 1990s Lima.

The Cusco-born William Luna, singer of “Vienes y Te Vas,” has released several albums since the 1990s fusing pop with the sounds of the Andean highlands.

Since 2011 Symphony for Peru has formed thirteen “core groups” throughout Peru which teach classical music to over 3,000 children. The United Nations appointed Juan Diego Florez a UNESCO Goodwill Ambassador in 2012.