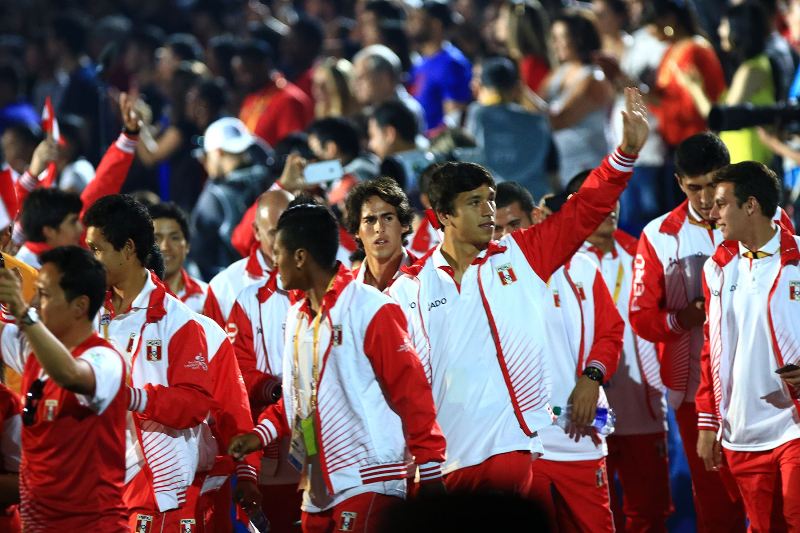 Twenty-nine athletes from Peru will compete in the marathon, racewalking, shooting and more events at the 2016 Summer Olympics in Rio de Janeiro, Brazil.

The 29 athletes including Gladys Tejeda, Ines Melchor and Stefano Peschiera will compete in 11 different events from Aug. 6 through Aug. 21. The squad is the largest delegation of Olympic athletes Peru has sent since the 1996 Olympics in Atlanta, when the country sent 29 competitors when counting each player of the women’s volleyball team, which did not qualify in 2016.

“This Peruvian delegation of the Rio 2016 Olympic Games will be the largest we’ve had in history,” Peruvian Olympic Committee (COP) president Jose Quiñones told Gestion. “Peru has only had four Olympic medals. In shooting, one gold and two silver [in London 1948, Los Angeles 1984 and Barcelona 1992]. And volleyball, one silver [in Seoul 1988].”

Quiñones added that Latin American countries historically see a spike in Olympic qualifications after hosting the Pan American Games as participation in international sports increases. Given Lima will host the 2019 Pan Am Games, Quiñones believes Peru will send surpass this delegation in the 2020 Olympic Games in Tokyo.

Peru’s flag bearer will be Francisco Boza, a 51-year-old trap shooter who won the silver medal at the 1984 Olympics in Los Angeles. The former Peruvian Institute of Sport (IPD) president who won a gold medal at last year’s Pan American games in Toronto will compete in his eighth Olympic Games, the most appearances of any athlete in Peru’s history.

Tejeda, who was stripped of her gold medal from the 2015 Pan Am Games after testing positive for a banned diuretic, will compete in her second Olympics since serving as flag bearer in the 2012 Games, when she placed 43rd in the marathon.

Middle-distance runner David Torrence, who won a silver medal for the United States in the 5,000-meter run at the 2015 Pan Am Games, will represent Peru in Rio. The Peruvian-American with dual nationality told the San Jose Mercury News that he switched countries because he wanted to inspire young people of Peru to take up track and field.

Racewalking, the event with the most Peruvian competitors, will see Kimberly Garcia, Jessica Hannco, Paolo Yurivilca, Pavel Chihuan, Luis Henry Campos and Luis Ostos vie for medals. With Arturo Chavez competing in the high jump, Peru will send 14 track-and-field athletes to the Olympics.

Swimmers Nicholas Magana and Andrea Cedron will compete in the men’s 100-meter freestyle and women’s 200-meter freestyle respectively. Mauricio Fiol, who competed in the 200-meter butterfly in 2012 London, was banned from competitive swimming for four years after testing positive for steroids after the 2015 Pan Am Games.

The Ariana Orrego is the first Peruvian to qualify for Olympic gymnastics. The 17-year-old’s events on Aug. 7 include the uneven bars, beam, vault, floor exercise and individual all-around.

Weightlifters Hernan Viera and Fiorella Cueva will compete in the men’s 105-kilogram and women’s 48-kilogram weight classes respectively. The 18-year-old Cueva makes her debut after competing in the 2014 Youth Olympics in Nanjing, China.

Sailors Paloma Schmidt and Stefano Peschiera will compete in women’s and men’s laser radial sailing. Schmidt will make her third appearance at an Olympic Games. And Peschiera, with five product endorsements, led the Peruvian delegation in corporate sponsorships.

Marko Carrillo will join Francisco Boza in the shooting sports, but in three different pistol events.

Peru first took part in the 1936 Berlin Olympics which ended in controversy after Adolf Hitler demanded a rematch after Peru’s 4-2 quarterfinal win over Austria in soccer. The Austrians claimed that Peruvian spectators ran onto the pitch and intimidated players. One even brandished a pistol.

The Peruvians refused a rematch and their entire Olympic delegation left the country, citing discrimination. The Colombians left in solidarity. Angry crowds in Peru rioted and threw bricks at the German consulate in Lima. The port of Callao refused to allow German boats to dock. President Oscar Benavides made fiery anti-German speeches and referred to the incident as “that crafty Berlin decision.”