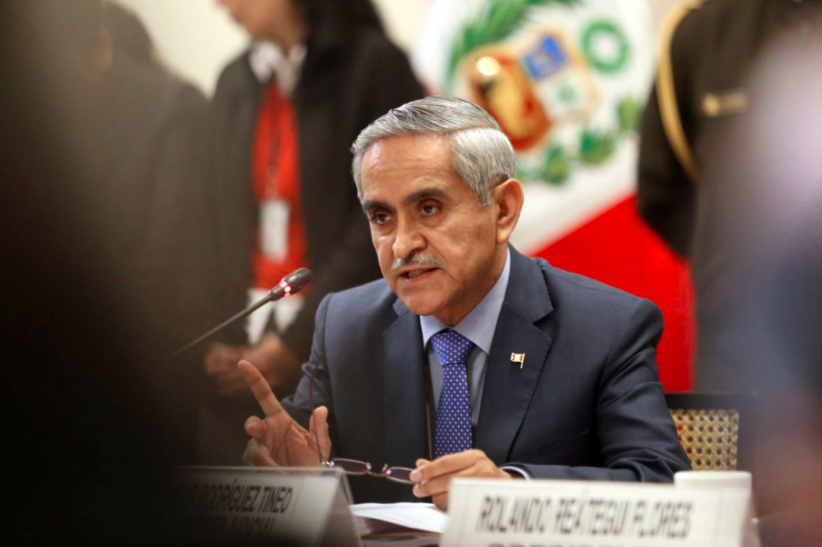 Another victim has fallen in the wide-reaching corruption scandal that has plagued Peru’s Judicial Branch ever since audio tapes revealing favorable rulings and bribery among judges were leaked by investigative news site IDL-Reporteros. On the heels of the scandal, judicial headman Duberli Rodríguez handed in his resignation Thursday, according to the Judicial Branch’s official Twitter account.

The entire branch is on a three-month state of emergency as President Martín Vizcarra has announced he has a team investigating improper actions among the judiciary and looking to completely reform country’s judicial system.

As Peru Reports has noted, there are five judges and magistrates directly caught up in the allegations of corruption after they were overheard on the leaked tapes discussing giving out softer rulings after friendly recommendations or promises for monetary recompensation.

Callao’s former Superior Court Chief Justice Walter Ríos was a figure on the tapes, promising money in exchange for a light sentencing in at least one of the recordings. Ríos has since been stripped of his title and been ordered to serve out a possible 36-month sentence of his own in preventive prison, per a local judge’s ruling. For his part, Rodríguez was caught up in the scandal when tapes revealed a press staffer of his saying Rodríguez had organized a lunch with Ríos.

Though the reasons for Rodríguez’s resignation were not immediately specified, he noted in his letter that he would reveal them “during Thursday’s ninth extraordinary session of the Supreme Court’s Plenary Chamber.”

Supreme Court Judge Cesar Hinostroza is another notable figure caught up in the scandal as he seems to negotiate a lighter sentence for a man accused of raping a girl as young as 11 years old. Hinostroza has denied any wrongdoing.