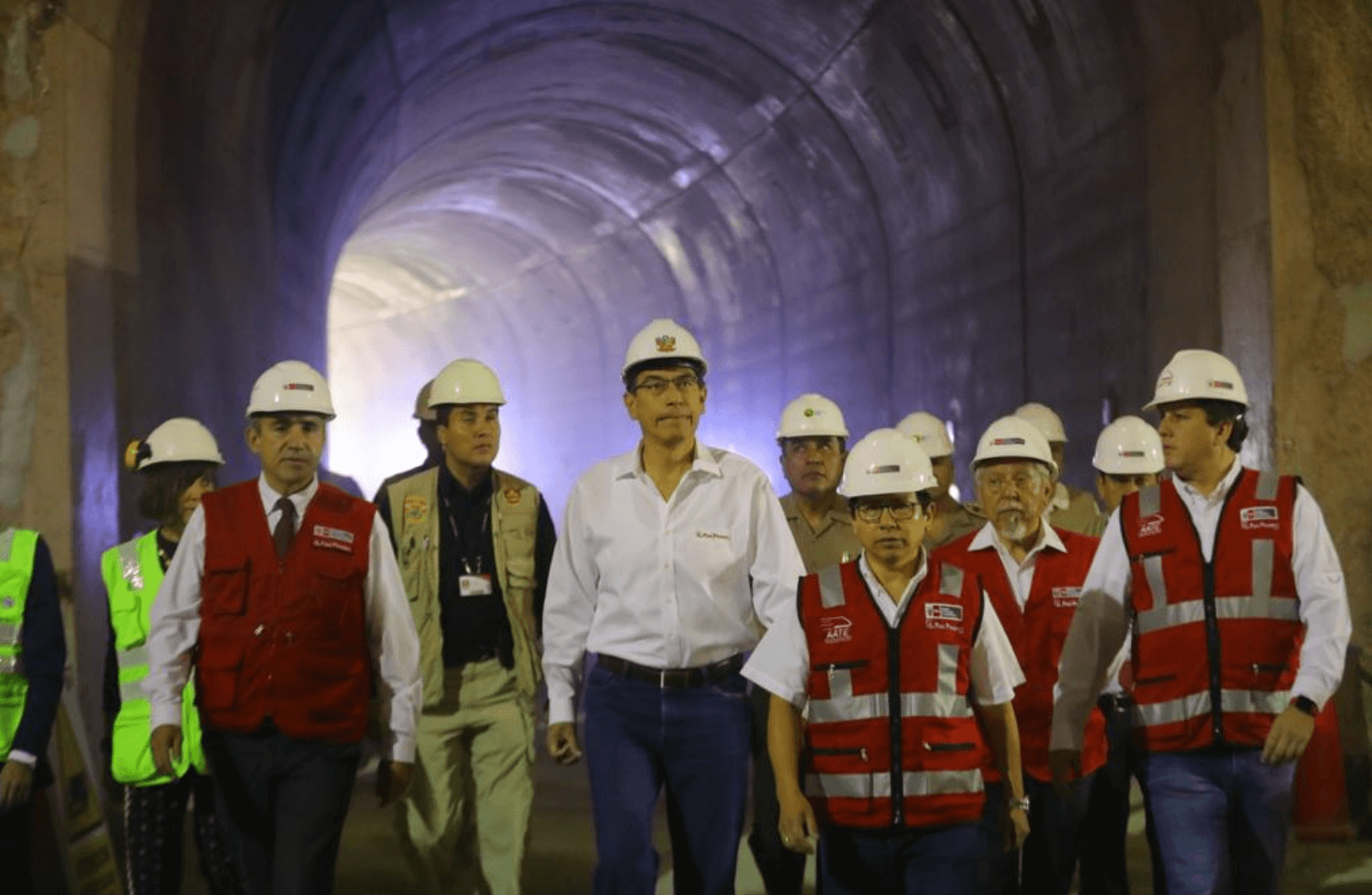 Lima’s notoriously bad traffic could be getting a little less congested.

President Martín Vizcarra visited the metro’s Line 2 construction site Thursday to announce that work will be sped up to have the line finished by 2024, eight years earlier than originally announced.

The rail, on which construction began in 2014, will be joining the eastern part of the capital district (Ate) with the western part (Callao).

“It’s urgent and extremely necessary to speed up this process,” Vizcarra said during a speech from the Patio Taller station in Santa Anita. “We can’t wait until 2032 to have this work done. That’s why the Transportation Ministry and the firm in charge of the work have revised the pending process and agreed to continue the project with a new schedule that will conclude in 2024.”

Vizcarra also promised that different sections will be put in place first so that metro riders can start enjoying the new line without having to wait for the entire project to be finished first.

“The construction team is going to ramp up work pace by going from 13 groups to 50 by 2019,” Vizcarra said.

That will, in turn, also make available some 5,000 jobs for locals.

“In 2020 the first section will be in operation and, two years later in 2022, the second section will be made available,” Vizcarra added. “Then in 2024, the entire Line 2 will be completely done to benefit Lima residents.”