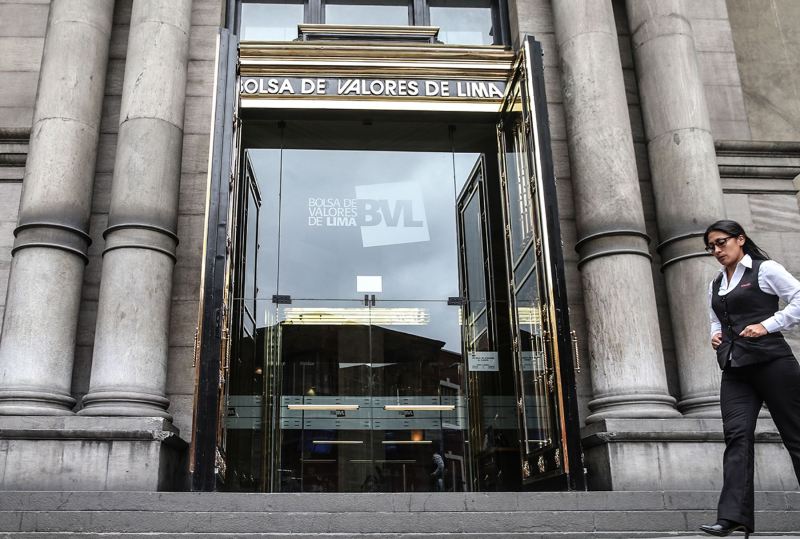 The Lima stock exchange fell 1.37% on Monday as Peru’s sol crossed the psychological barrier of 3.40 per dollar and fell to a 10-year low.

The sol closed at 3.405 per dollar at the end of trading yesterday, marking the first time Peru’s currency fell below 3.40 since Jan. 17, 2006. The 0.4% increase on the day despite a $59 million intervention by the central bank helped drive down Peruvian stocks, the hardest hit of which were mining companies.

The stocks which led the day in losses were mining companies Minera Milpo (-12%), Minsur (-9%) and Volcan Compañia Minera (-4%), followed by the oil refinery, Refineria La Pampilla (-3%). Analysts attributed the selloff to falling commodity prices. Copper, gold, silver and oil are set to close the year down 26%, 10%, 13% and 35% respectively.

Julio Villavicencio, a Credicorp Capital strategist, told El Comercio that higher interest rates in the United States are also hitting Peruvian companies’ bottom line. While some businesses will find it harder to make payments on loans denominated in dollars, others have to pay more for imported raw materials and supplies.

A survey by Peru’s central bank indicated that financial analysts and traders expect the sol to decline 6% in 2016 to 3.50 per dollar.

Weak economic growth is another factor weighing down Peru’s equities. Finance minister Alonso Segura recently stated that GDP in 2015 will likely grow less than 3%, over a full percentage point below earlier forecasts of 4.25%. The sluggish growth helped drive Graña y Montero down 3% yesterday, setting the construction company up for a 73% loss on the year.

There are also lingering fears that index provider MSCI will reclassify Peru as a “frontier market” in an evaluation next May. Removing Peru from the “emerging market” universe could prompt capital flight of as much as $5 billion as investors following the index liquidate their holdings in the Lima stock exchange. The specific risk lies in whether MSCI moves Southern Copper from Peru to the United States index.

The Peru General had gained back 0.7% this morning while the sol continued its fall to 3.41 at the time of publish.