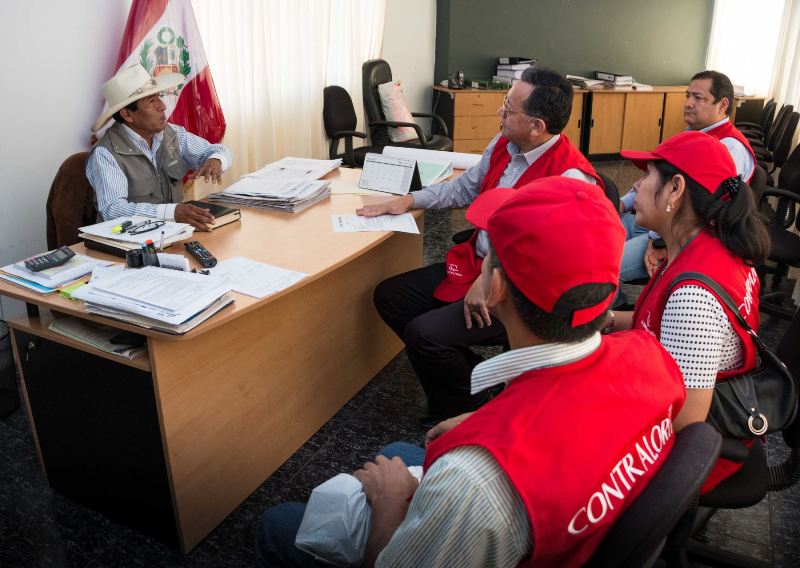 Audits of four Arequipa governments in the heart of the Tia Maria copper mine opposition has yielded “signs of corruption,” according to Peru’s comptroller.

Peru’s finance ministry froze the bank accounts of Islay province and the Dean Valdivia, Punta de Bombon and Cocachacra districts last month after comptroller Fuad Khoury suspected the funds were being used to facilitate an indefinite strike which paralyzed the region for two months. Khoury said the four local governments’ accounts were frozen after they ignored repeated requests for audits.

“We assume that the money is coming out of the municipality in order to finance the demonstrations. So we find ourselves before a completely irregular and criminal use [of public funds],” Khoury said.

Edgar Alarcon, an official at the comptroller’s office, stated today that the audits revealed corruption and misuse of funds. In addition to other irregularities, he alleged $159,000 was unaccounted for. He added that because $95,000 of the missing funds came from the Islay province account, that government’s bank account will continue to be frozen while the district municipality funds will be freed.

Alarcon’s team also alleged improper management of directly collected revenue, inappropriate use of vehicles, steered public contracts and hiring practices which did not follow protocol. One of the municipal governments tripled its public security staff. In another case, 6,000 rolls of toilet paper were purchased, while the population of the Islay province is just over 50,000.

Alarcon stated that his office was working to determine the civil and criminal charges for the misuse of funds. While he did not mention names, the public officials at the heart of the allegations include Islay province mayor Richard Ale, Punta de Bombon district mayor Jose Ramos, Dean Valdivia district mayor Jaime de la Cruz and Cocachacra district mayor Helar Valencia.

“If they have to account for funds, then let them do it,” de la Cruz told Correo. “We haven’t moved one sol from the municipality and I have drafted a memorandum so that they see the information.”

Since President Ollanta Humala declared a state of emergency in Islay province two weeks ago, which temporarily suspends citizens’ constitutional rights while the military restores order, the Tambo valley has been peaceful as police and military patrol the streets. The decree will expire next month, and authorities say the unrest is likely to return.

“[After the state of emergency expires], they’ll come back,” a police officer told La Republica. “They are indoctrinated. Nobody is going to change their mind that the mine needs to go. Everybody talks the same.”

Protests against Southern Copper’s $1.4 billion copper project in Islay province have killed four, including one police officer, and injured over 200. Three were killed in anti-mining protests against Tia Maria in 2011.