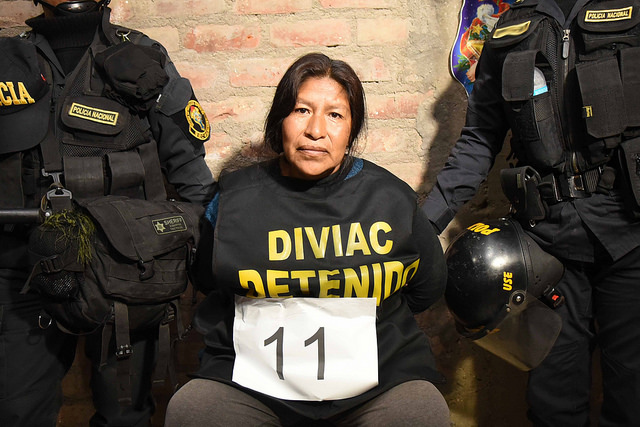 The Ministry of the Interior affirms that the investigation against this group started in August of 2017, and came to a head Tuesday with the so-called Montonero operation, which is the ninth operation this year and the first to take place in Arequipa.

One of the first people to be captured was the leader of the organization Marcelo Merma Valencia, alias Memo.

Under his leadership, the group took over some 172,829 squared metres of land, forcing people to leave their homes by harassing them, destroying their possessions and even resorting to physical harm. They would then sell the land at a much higher price, taking advantage of the high demand for living space.

The aim of Los Malditos was to completely dominate an area, and then establish links with civil servants. The group worked hard to make their work appear legal and, in 2010, Merma signed up to the Jardines de Chachani Living Association, immediately designating himself as the president of the board of director’s. That same year, he asked for recognition from the local authority of Cerro Colorado and then later asked them for the official documents of possession.

This meant that they counted on complicit members of the local authorities. Among the 26 detainees are the current justice of the peace of La Tomilla and surrounding areas, Gabriela Victoria Cordova, and her predecessor Beneraldo Paricahua Ramos. RPP News reported that the group also had ties with employees at the Municipality of Arequipa. One such municipal leader, Jose Luis Cavero, had 27 million sols ($8260) confiscated from his home.

The operation involved 620 police officers, and 30 lawyers specialised in organized crime, who broke into 29 buildings in Arequipa and one in Madre de Dios.