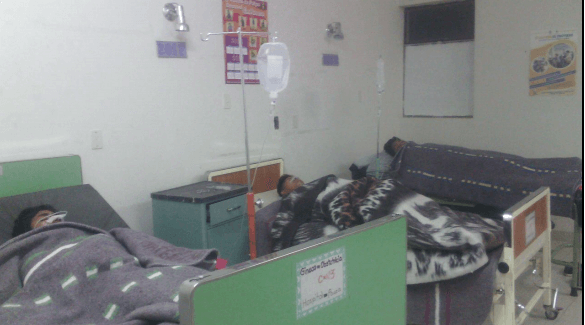 Nine people have died from what authorities have said was contaminated food served at a Monday vigil in the southern Peru region of Ayacucho. Attendees of the wake held in San José de Ushua in the province of Paucar del Sara Sara immediately fell ill following the event, according to regional health director Jhon Tinco Bautista.

Dozens more are considered ill and the National Civil Defense Institute (Indeci) has released a report saying that four people who attended the vigil are in intensive care and 21 people are in critical condition.

Health Minister Silvia Pessah said Tuesday morning on TV Perú that the food may have contained an insecticide or rat poison. “People were poisoned by the food,” she confirmed. “It could be that an insecticide was in contact with the food.”

Per a report from the BBC, two sons of the deceased man for whom the funeral was being held fell ill. In addition, the mayor of the town was also among the hospitalized. Those already confirmed dead range in age from 12 to 78 years old.

The offending food may trace back to a meat stew served at the event.

Indeci confirmed the “massive food poisoning” with a Tweet on Tuesday morning.

“Local authorities have gotten to the area in order to offer the necessary assistance,” the statement read. “Those injured are being treated in local hospitals.”

In all, 50 people are being treated at hospitals throughout the region and in Lima, as well.