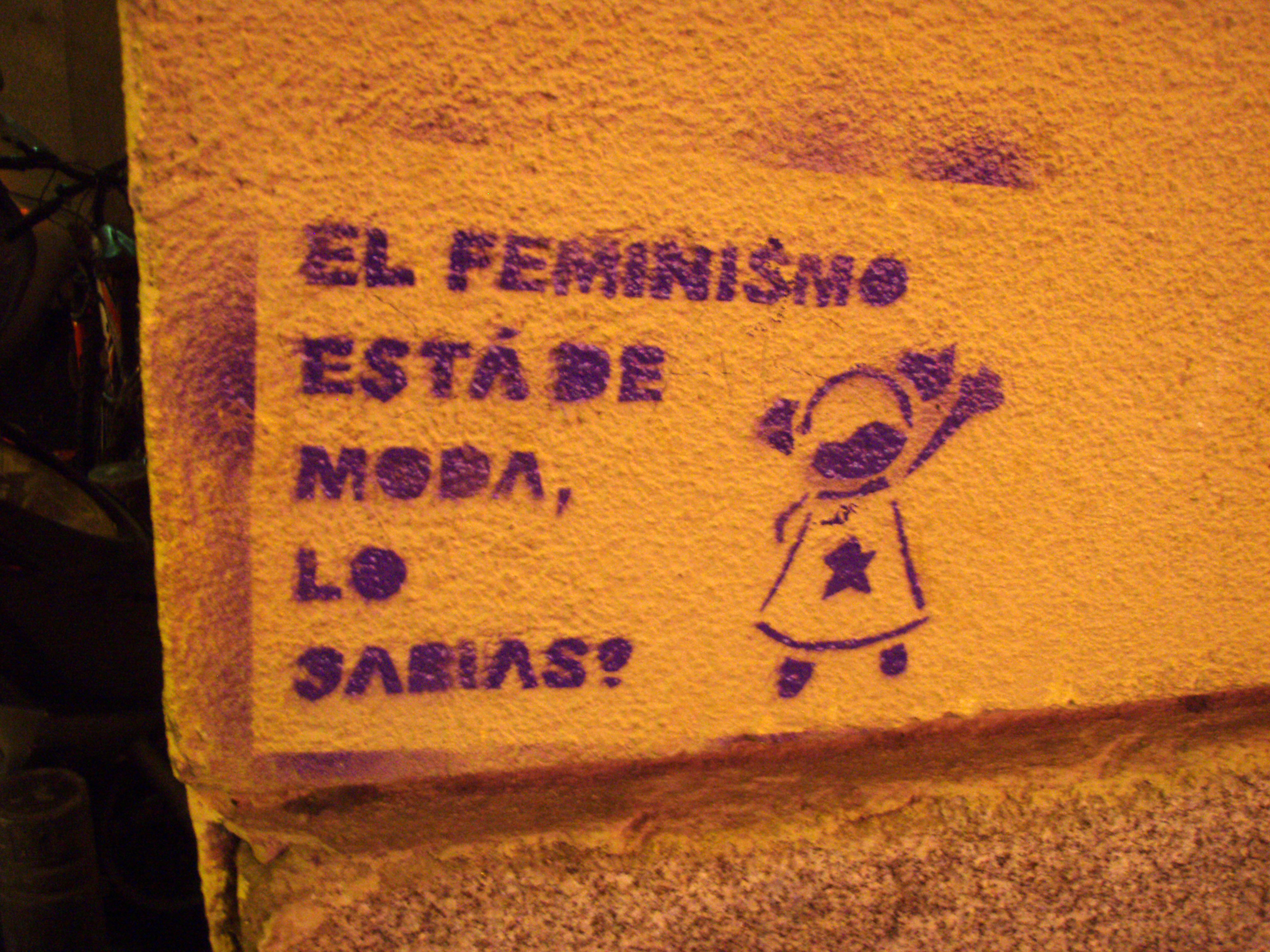 Feminism is a term that has been misconstrued, willfully distorted and misunderstood so often that it’s difficult to put a finger on what it represents anymore.

We know intellectually that feminism denotes a desire for equality between men and women, but the word evokes so many contrasting emotions that our understanding of the term is irrevocably tangled with our personal experience of the world.

You would be forgiven for thinking that women who are downtrodden would be more likely to join the militant feminist groups, and those who live in a more equal society would be more laid-back, unwilling to break the pleasant status quo of their almost-equal life. However, this is not the case, as those women who live in a culture that is more likely to oppress women are also likely to have assimilated this culture themselves. And although very few women are able to justify domestic violence, femicide and rape, there are those who accept the put-downs and limitations that arise in their day-to-day lives purely based on their gender. We are flesh and bone controlled by the pulsing mass of our brain, a malleable and labyrinthine web of neurons over which we have limited control.

Peruvian journalist Claudia Cisneros wrote an article in May for La Republica  highlighting the danger and pervasiveness of psychological violence towards women, and how it is accepted to such a large extent both because men don’t realise they’re doing it, and because women are fine-tuned to take it in their stride. She explains that men have an unconscious deep-seated desire to exert power over women, which both allows a misogynist society to thrive and subconsciously solidifies a female view on the world in which they are inferior.

“They enjoy turning women into stammering dishcloths, a parody of what they are,” she wrote. “It’s a form of psychological violence that poisons, alters and destabilises because it is carried out in such a way that it manages to create an unhealthy dependency.”

This is often followed with shows of love and affection, she added, which adds to the destabilising effect. Humans the world over naturally seek love and affection, and are prone to making sacrifices in order to secure this. In this case, aren’t men and women looking for the same thing? Maybe the show of love and affection so cynically analysed by Cisneros is purely a human desire to make a connection with another.

Another question is why Cisneros is worrying about psychological violence when real, hospitalising and fatal violence takes the lives of women, incites marches, and inevitably makes better headlines? Because this is where it starts. If we decide that this casual, flippant misogyny isn’t worth the hassle of an argument, if we’re afraid of telling even a female friend how a mere phrase or look made us feel uncomfortable in case we’re told we’re overreacting, then it becomes almost impossible to change the mindsets of those who are perpetrating it.

Women want to be seen as strong individuals, capable of dealing with whatever life throws at them in an attempt to gain a foothold in a society which has always left them one step behind. Weakness is the enemy, but this can work against them.

“Nobody wants to be seen as a victim, as being weakened by somebody else,” she explained. “It’s embarrassing and humiliating. But it happens. It happens all of the time and for too long women have stayed quiet about this form of abuse and this pretension of power in the domestic space.”

She explained that previously she felt that the fight against machismo was a worse version of the fight for gender equality, but after what she alludes to as a negative personal experience, she changed her mind.

“But today it is crystal clear to me that it is no exaggeration, that for years, decades, centuries men have been despotic with women, mounting attacks against them in silence, silencing them,” she declared. “It is a prison that needs to end because it is poisoning society. Because it poisons women, people in the end. People, full stop.”

Unfortunately, it isn’t as clear-cut as Cisneros likes to make out. We can blame a machista society for creating men who seek to dominate women but we cannot deny that this society has created women who are also, unexpectedly, machista.

“Maybe I’ll just man up and spend the money.”

“All women want children, it’s part of their genetic make-up”

International HR leader and advocate for women in the workplace Kristen Pressner gave an enlightening TED talk called ‘Are you biased? I am,’ where she admitted that she was subconsciously biased against women leaders, despite being a woman leader herself.

She explained that the brain has too much information to handle on a daily basis, and so it looks for patterns and filters the most important data so that the body can work on autopilot for some of the time. The original big matter analyst, the brain sees patterns based on the cumulative effect on what the individual has been exposed to in their life, with them subsequently acting in ways they don’t want to, without even realising it.

So, in fact, the more gender inequality an individual is exposed to, the more likely they are to assimilate it, and this could affect both a conservative Catholic or a militant feminist baring her breasts at a protest.

In light of this, Cisneros’ argument seems too accusative, too demonising. If these actions are indeed subconscious, as many of them are, can we wholly blame the individual when it is society that has created this ‘monster?’

Pressner invites us to check ourselves to ensure we don’t fall prey to this subconscious enemy. Flip it to test it, she advises. That is, if you change the gender of anything, does it sound strange? If it does, there’s proof that you, like the rest of us, are biased. Twitter user @manwhohasitall flips genders to highlight the insidious nature of gender inequality.

“Being called a policewoman doesn’t bother me at all, because I know it covers both women and men,” Andrew, male policewoman, age 40

Peru is making efforts to protect women with the recent first pleno mujer in Congress, as well as implementing stricter rules against femicide and violence against women, but little progress is being made with social initiatives that involve both genders equally. The recent death of bus attack victim Eyvi Ágreda highlights how far Peruvian society still has to go when it comes to gender-based violence.

It’s not difficult to persuade women that they should have an equal place in society, what we should be focusing on is opening the discussion to men, making them feel like they have a place in the debate, and making all of us aware of our subconscious bias against women.

I can write this article and declare myself a feminist even though I rarely expect my male partner to do the same household chores as I do, as often as I do. How can I expect him to stand up and play his part in the fight for equality when I’ve already washed the dishes and cleaned the floor before he even gets home?

Feminism is a fight for women because without them equality would not come to pass. But those passionate feminist arguments that take place among groups of women only serve to cement a belief that already (consciously) exists. Talk to men, involve them in the discussion, explain that they are important and valued in this fight, but also stand up to those small snubs, the casual belittlement, whichever gender it comes from.