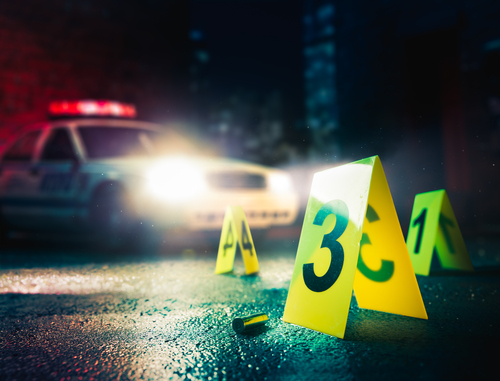 Unfortunately, in Latin America and many other places around the world, robberies are a part of urban life. Moisés Salazar of Lima has been a victim of petty crime in the streets, which is what led him to create Reach.

The application that markets itself as a kind of Waze for street crime alerts users through a map of incident reports or crimes that display visibly on your phone.

“This app allows all citizens to connect with each other and share information so that we can prevent crimes and find alternatives to help the people we connect with or authorities using the platform,” Salazar told CNN in a recent interview.

Salazar said that Reach helps users before, during and after incidents that could victimize them. That’s because the map allows users to avoid certain areas where a crime may have just happened or is being carried out. In addition, there is a panic button that users can push if they find themselves in danger or in need of authorities. After the fact, that data then gets made public and can be analyzed by expert users or authorities wanting to see which incidents occur most commonly and where they occur.

Reach is very similar to the U.S. application Citizen, which is a crime avoidance tool used in major metropolitan areas in the U.S. like New York. That application alerts users to crime reports in their neighborhoods and gives them a forum to either record anything they witness or talk about it with other users.

For his part, Salazar dropped out of school and developed Reach on his own from tools he learned over the Internet. His development of the app has brought him recognition from organizations in Mexico, England and the U.S. His application now boasts more than 20,000 users as one district in Lima has already implemented it as a security tool for officials and the country of Costa Rica is interested in doing the same for its officers.

Peru and five others take Venezuela to the International Criminal Court