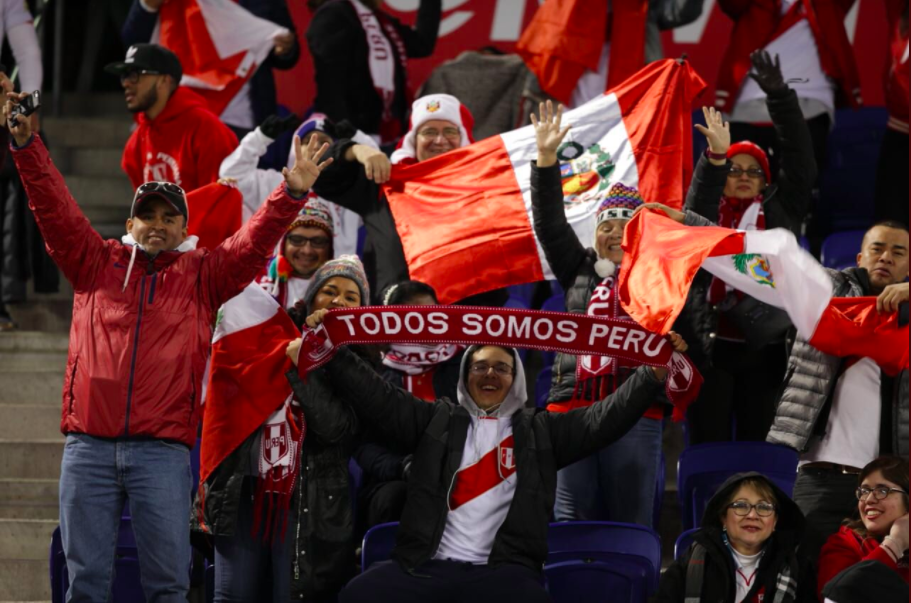 In a battle of two World Cup darlings, Peru again made itself the center of attention.

Dressed in all red, as if an omen of the Hell this selection is bound to bring with it to Russia in June, Peru’s national team continued its astounding tear on Tuesday by beating Iceland 3-1 at the Red Bull Arena in Harrison, New Jersey.

Iceland, everyone’s favorite underdog who is sure to capture the world’s fawning once more after a strong run in the 2016 UEFA Euro, hung even with the Peruvians in the first half before finding itself totally outclassed in the second period.

After trouncing a star-studded Croatia side 2-0 on Friday, it’s clear that Peru’s selection is not content with just merely qualifying for its first World Cup in 36 years. La Blanquiroja has not lost since November of 2016 and continues its impressive 12-game undefeated streak (8-4-0) with the latest win over tiny Iceland, which recently became the smallest country to ever qualify for a World Cup.

The party between two of the best stories in international football started off quickly for the Peruvians on Tuesday night as Renato Tapía connected on a header off a long free kick in the second minute.

Iceland responded in the 22nd minute with its own header from defender Jón Guðni Fjóluson, who rocketed home a perfectly placed corner kick. Reserve goalie Carlos Cáceda looked helpless as he inexplicably decided to wait for the play to happen instead of trying to deflect the incoming corner kick.

The second half, however, belonged to the men in red.

Raúl Ruidíaz scored from the left side in the 58th minute off a pass from Jefferson Farfán.

Farfán responded with his own goal in the 75th minute to put the dagger into Iceland and keep Peru’s momentum churning with the power of a steam engine en route to June’s World Cup.

The national team will return in May with three more tune-up friendlies before it takes on Denmark in its first World Cup game.

Peruvian police confiscate half a ton of cocaine in Chilca