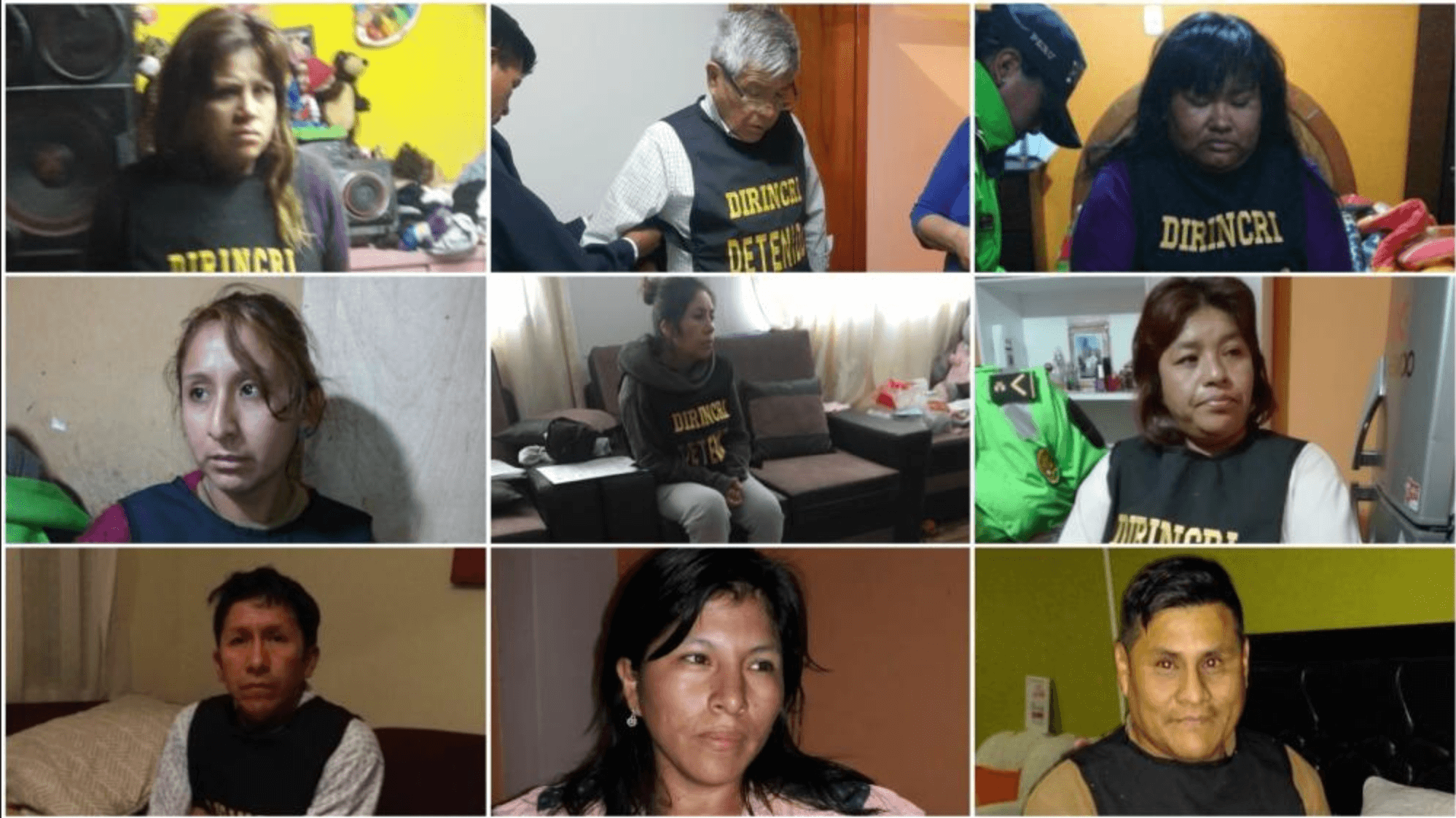 A five-year-old baby was rescued Tuesday in Arequipa from what police are calling a ‘baby trafficking’ ring. Fourteen arrests were made in total after a raid by the Public Ministry to break up the criminal organization that was supposedly known as the “Heartless Traffickers,” according to Peru’s Prosecutor’s Office.

Among those arrested was a former director of the National Police, General Raúl Becerra Velarde, and his spouse Cintia Tello Preciado, who authorities have identified as the head of the criminal network.

Tello is accused of giving orders to kidnap pregnant woman or entice them if they were from poorer backgrounds and give them money in exchange for their babies.

A couple who is believed to have sold the five-month-old baby to the organization was arrested as well, per the prosecutors’ report.

This specific criminal organization has been under investigation for human trafficking since May. In addition to trafficking babies and children, they are also believed to have given black market abortions.

The raid was coordinated to occur in 18 different places, where a large amount of evidence was taken. Police and investigators also confiscated 100,000 soles in cash, two vehicles, cell phones, and other belongings.