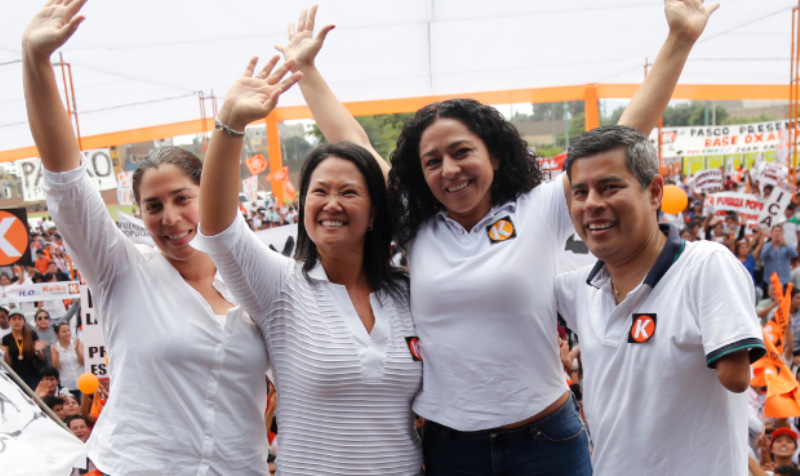 A week after judicial authorities ordered the 10-day detention of Popular Force party leader Keiko Fujimori, some of the opposition leader’s top advisers have also been detained. The latest arrests came at a political rally Monday, according to Reuters, where pro-Popular Force demonstrators were showing off their support for the embattled Fujimori.

Those arrested were identified as Ana Herz and Pier Figari, who have been Fujimori’s long-time advisers

“We have to again denounce the political persecution,” party lawmaker Ursula Letona told reporters, according to El Comercio. “They just arrested two representatives from our party and the only thing that they told them is that it’s for flagrancy.”

Letona added that she would speak with the police to address the matter directly with them.

El Comercio’s report added that the advisors’ were being held under pretrial detention.

“They were arrested in the middle of the march,” Letona told reports, per Reuters. “I’m upset. We’re victims of the arbitrary arrests of our party leaders.”

This has been a rough month for the Popular Force party. On top of these arrests, it was announced earlier this month that Alberto Fujimori would be going back to serve the rest of his 25-year prison sentence after his pardon was annulled.

Keiko Fujimori was ordered to be detained along with 19 other people for their involvement in her 2011 presidential campaign, where it is alleged that they received illegal bribes from the polemic Brazilian engineering firm Odebrecht.

Fujimori and the top representatives in her party deny ever taking money from Odebrecht.