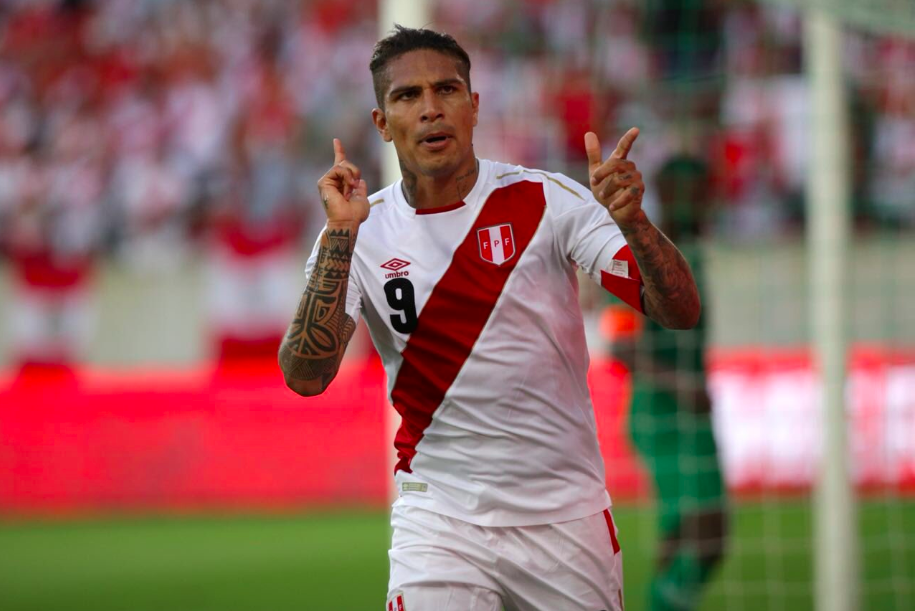 The good news for Peru is that captain Paolo Guerrero is back and cleared to play in the World Cup. The great news is that the country’s all-time leading scorer hasn’t lost his form despite being sidelined for months.

Guerrero scored twice in the second half of Peru’s 3-0 friendly win over Saudi Arabia Sunday in Switzerland’s Kybunpark Stadium. It marked the first time the captain has played for his country since October, when he booked Peru’s World Cup tickets with an equalizing goal against Colombia in qualifiers.

Fellow cup qualifier Saudi Arabia – which will be in a group with the host country Russia, Uruguay, and Egypt – was victimized in the 20th minute when André Carrillo opened up the scoring for Peru. The ball bounced around at the top of the box before finding Carrillo’s feet and the 26-year-old midfielder rocketed home the game’s first goal.

Both of Guerrero’s goals cames from beautiful lead-ups, that included a rebound off a Edison Flores miss and a gorgeous header right in front of goal. It was the first time Guerrero has scored two goals for Peru in a game since a 2015 Copa America match against Bolivia and gives him 36 goals with La Blanquirroja.

Switzerland has been kind to Guerrero this week. After a court in the country overruled the Court of Arbitration for Sport on his doping ban that would have held him out of Peru’s first World Cup since 1982, Guerrero celebrates in style with a two-goal game in the country.

The selection will go to Sweden during the week while it prepares for its last friendly against Sweden in the coastal town of Gothenburg.