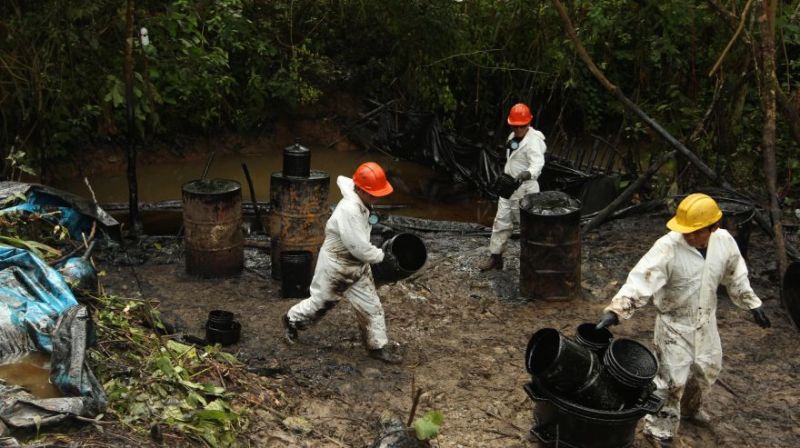 The fine handed down by the Supervising Body of Investment in Mining and Energy (Osinergmin) is the maximum penalty afforded in the law concerning the transport of oil through pipelines.

According to Osinergmin, specific violations on the part of Petroperu included not installing brackets to the affected sections of the Northern Peruvian Pipeline as well as not having completed a risk-management study or documentation of the pipeline’s river crossings.

“It is important to clarify that this sanction is independent of the disciplinary processes Osinergmin could pursue against Petroperu depending on the results of investigations into the spills which occurred on Jan. 25 in Amazonas and Feb. 2 in Loreto,” read a statement from Osinergmin.

The resolution also requires Petroperu to shut down the northern section of the pipeline until a durability inspection is completed and issue a report stating the causes of the pipeline breach with a plan detailing how to repair it.

“What happened is horrible … but we are acting to remedy it,” Petroperu president German Velasquez said in an interview with El Comercio. “Petroperu will not stop until there is not a single drop of oil left. And in each of these events, we are going in with medical equipment.”

The fine comes just as newspapers had reported a third spill coming from Petroperu’s Northern Peruvian Pipeline in a Cajamarca rice field. But Velasquez said that the release of oil is an intentional part of local upkeep.

“This is preventive maintenance of the pipeline,” Velasquez told Andina. “When maintenance begins, ditches are built to contain the oil that may spill when the clamps are cut. This work is being done on a farm with the permission of the owner, who is being paid.”

Between the last week of January and the first week of February, two breaches in the Northern Peruvian Pipeline released at least 2,000 barrels of oil in Peru’s Amazonas and Loreto states. Both spills contaminated creeks and rivers which may have led to the ultimate contamination of the Marañon river, a major feeder of the Amazon river.