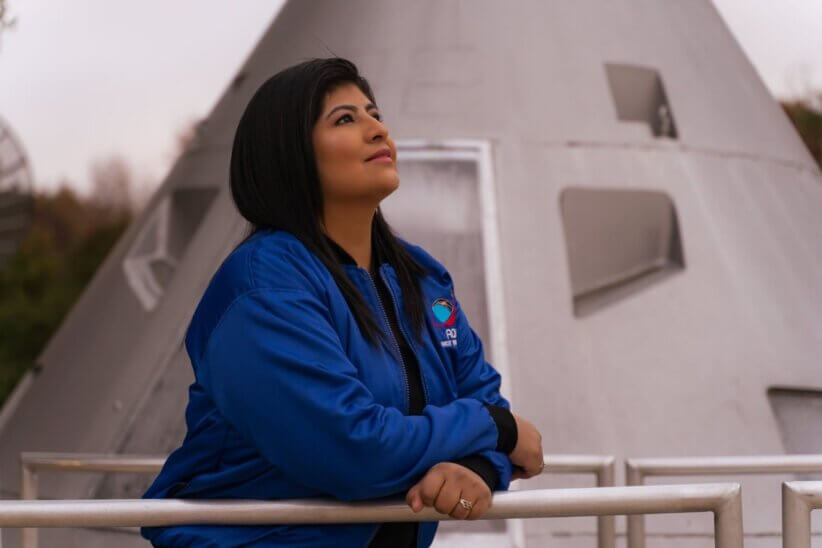 Peruvian NASA engineer Aracely Quispe is being lauded in her home country for her participation in the successful mission to deploy the James Webb Space Telescope this month. Her second mission is to inspire more young women from Peru to enter STEM careers.

On July 11, United States President Joe Biden, along with top officials from the U.S. National Aeronautics and Space Administration (NASA) unveiled the first full-color images and scientific data from the James Webb Space Telescope that was launched in December of 2021 and traveled a million miles from Earth to snap its first pictures.

“We did it, Peru!” Ms. Quispe wrote on Twitter. “During the month of National Holidays, I am very proud to be part of the team that made possible the successful launch of the James Webb and to see its first images today.”

Ms. Quispe, a Senior Flight Operations Systems Engineer, was responsible for ensuring the health and safety of the James Webb Space Telescope ahead of its launch, and coordinating communications between spacecraft engineers, NASA mission operation managers, sub matter experts, and console operations staff, according to her work profile.

Data from the telescope showed the deepest and sharpest infrared images of the distant universe thus far.

Mrs. Quispe, born in 1982 in Lambayeque, a city on Peru’s northern coast, is being hailed as a national hero. She holds seven academic degrees focused on Science, Astronautical Engineering, and Systems Engineering. She was also the first Latina to command three successful NASA missions.

“These have been the most special days of my career. I feel very happy to have participated in the historic event from the beginning,” Ms. Quispe said during July 12 Facebook Live broadcast.

“There are more than 3,000 people involved in this project. Without a doubt, this mission is one of the great experiences of my career,” she said.

Ms. Quispe serves as an international speaker for NASA and the U.S. State Department, but hasn’t forgotten about her Peruvian roots.

She uses her platform and personal brand to help inspire and empower young people from Peru to pursue careers in Science, Technology, Engineering and Mathematics (STEM).

She’s returned to her native Lambayeque on various occasions, using her own funds, to visit over 20 schools and gave talks to 3,500 schoolchildren to motivate them and offer them tools to undertake scientific research projects.

“Knowledge is the best weapon to eradicate poverty, discrimination and reduce the equality gap, so that women can achieve what they want. Women are making their mark in scientific careers,” she said.