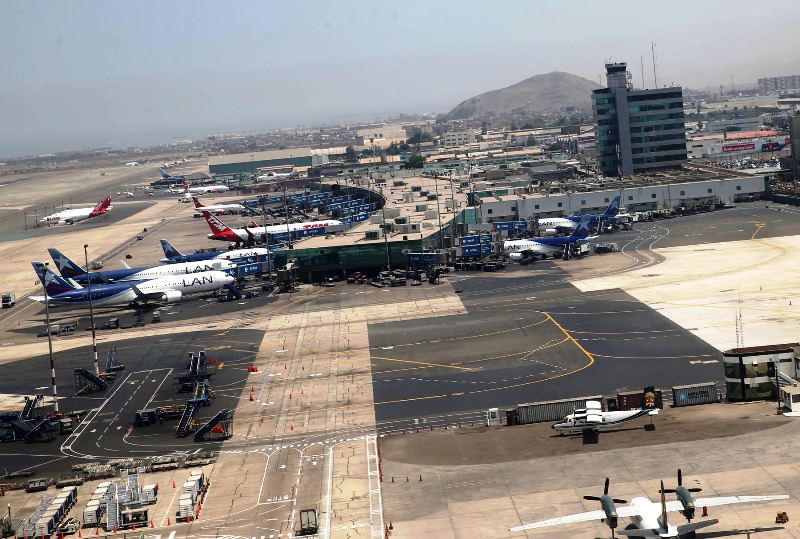 The construction of a second runway delayed more than a decade threatens to relegate Lima’s airport to being one of South America’s secondary hubs.

A contractual dispute between Peru’s government and the company licensed to build the runway threatens to further prolong the development of a second runway and terminal at the Jorge Chavez airport. Lima Airport Partners (LAP) alleges the state has failed to meet its obligation in delivering over 740 acres of land suitable for construction.

The sticking point in the dispute lies in whether the 740 acres should be cleared of “obstacles,” which according to LAP general manager Juan Salmon include electrical lines, gas pipelines, a water storage tower and airport radars.

“LAP is only demanding the full completion of the contract licensed by the government: delivery of land without interference and that the state recognizes the delay within the period of the license,” Salmon told El Comercio. “Once the government fulfills its contractual obligations, we will be able to carry out the project.”

The site for the second runway and terminal are also encumbered by the construction of an underground tunnel to facilitate traffic on Callao’s Nestor Gambetta avenue. The tunnel which is currently being built under the airport concession was originally slated to be finished in December 2015, but has since been delayed until the end of this year or early 2017.

The presumed delay through 2016 comes after more than 10 years since the original contract, signed in 2001, called for the land to be delivered in 2005. In 2013 the two parties signed the sixth addendum delaying the delivery date. Salmon told El Comercio in November that the government was doubtful to fulfill its obligation by the latest agreed upon date of Dec. 31, 2015.

Lima Airport Partners plans to invest $1.2 billion in the expansion, which makes it the largest privately-funded infrastructure project in Peru. Salmon told Gestion that his company is considering a lawsuit against Peru’s government for breach of contract.

Airlines including Turkish Airlines, South African Airways, Alitalia, Lufthansa and Korean Air have decided not to offer service to Lima because of the airport’s lack of capacity. The time between a plane’s parking in terminal and its next departure, a key metric in airline profitability, is three times longer than the industry standard.

“I don’t think so,” Salmon told El Comercio when asked if he believed Bogota’s El Dorado airport would overtake Jorge Chavez as South America’s top hub. “We are fighting that possibility. With the new British Airways route to London we are connecting Lima with the top hubs of Europe. We are still in the race.”