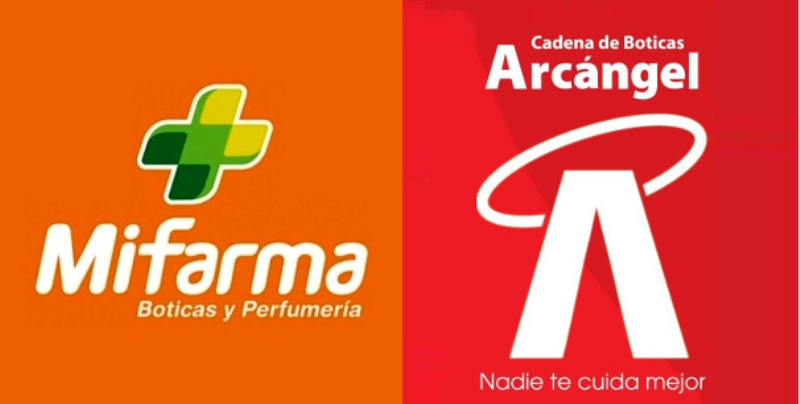 One of Peru’s largest healthcare and pharmaceutical companies has acquired the Arcangel pharmacy chain to better challenge industry leader InkaFarma.

Quicorp, the Quimica Suiza holding company and owner of the Mifarma, BTL and Fasa pharmacy chains, has expanded its presence in the retail pharmacy sector with the purchase of 340 Arcangel stores. The acquisition brings Quicorp’s total number of stores under its various brands to over 1,000. However InkaFarma controls a larger share of the market in terms of sales at its 848 stores as of last September.

“What the market leaders are doing is continuing to grow, not only by opening new stores but also by acquiring competitors,” Inversiones y Asesorias Araval consultancy director Ernesto Aramburu told El Comercio. “The pharmacy industry has been reduced to just two big players.”

While almost 90% of the name-brand chains have consolidated under two competing firms, Peru’s $1.5 billion pharmacy industry is overwhelmingly made up of independent and mom-and-pop stores. The country has an estimated 8,500 total pharmacies, of which corporate chains like InkaFarma, Mifarma and Arcangel make up less than 2,000.

InkaFarma, which is controlled by Interbank’s holding company Intercorp, controls 53% of the modern chain portion of the larger industry. After its acquisition of Arcangel, Quicorp’s share will grow from a 24% share to 36%. The move strengthens the company’s position in Peru’s smaller cities as 70% of Arcangel’s stores are located outside of Lima.

The consolidation trend started in 2011 with Quicorp’s purchase of the BTL pharmacy chain, followed by its 2012 purchase of Fasa and the 2016 acquisition of the Chilean retailer Cencosud.

However analysts do not see Peru’s retail pharmacy industry as mature or saturated. Annual sales per capita at Peru’s pharmacies reached $54 in 2014, well below the $90, $113 and $226 in Colombia, Mexico and Chile respectively. InkaFarma opened 84 stores in 2015 and plans to open 80 more this year.

Mifarma has also pursued growth in diversifying its product mix. Last year the company launched the Mimarket convenience store chain to sell snacks and other consumer goods alongside its health and personal care products. In addition to the Mimarket concept, Mifarma has opened beauty centers inside its mall locations.

Quimica Suiza was founded in Peru in 1939. It manufactures a wide array of products which started with pharmaceuticals and led to industrial chemicals, agricultural products, healthcare equipment and consumer goods. In 2011 Quicorp was established as a holding company for the company’s various businesses in Peru, Ecuador, Bolivia, Colombia, Venezuela and the Dominican Republic.