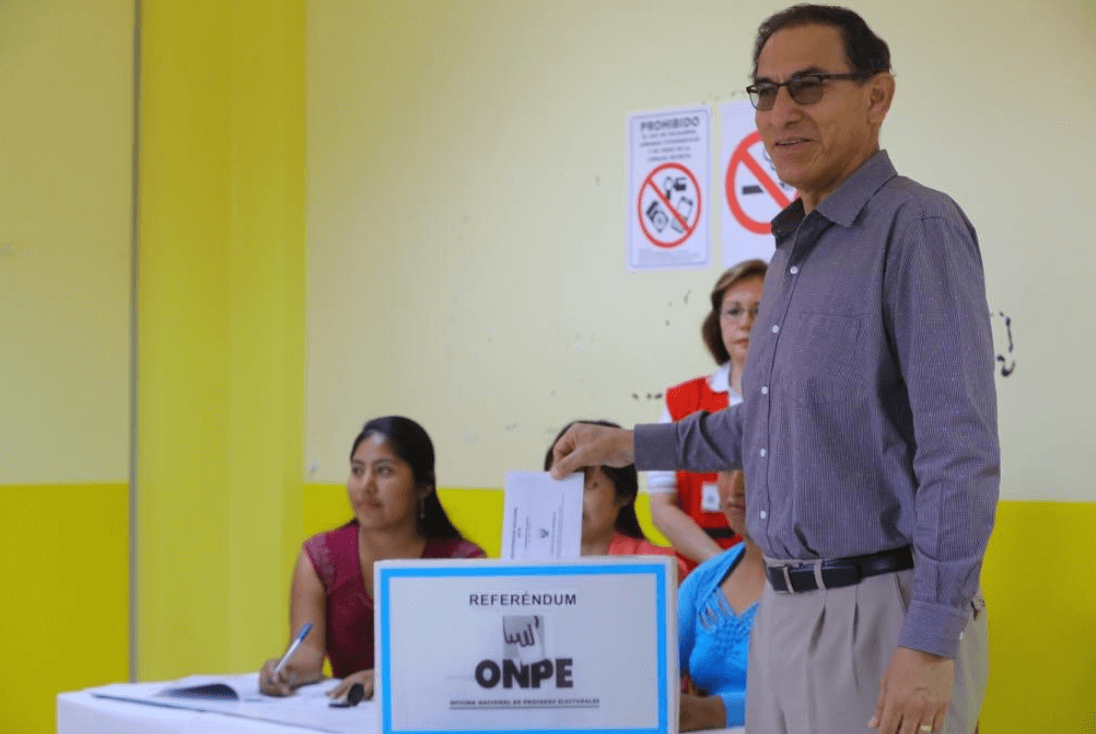 The people of Peru went out to vote Sunday on four anti-corruption measures proposed by President Martín Vizcarra’s Executive Branch. Voters approved three of the reform policies: magistracy council reforms; finance regulation for politicians and their parties; and prohibiting the immediate reelection of lawmakers.

Vizcarra went to the polls Sunday morning at San Antonio High School in the Moquegua region and expressed how important the vote was for the country to curb rampant political corruption that has set it back in recent times.

“The whole country is voting for democracy today,” Vizcarra said. “It’s voting for the constitutional reforms that we have suggested and that is democracy in its purest form.”