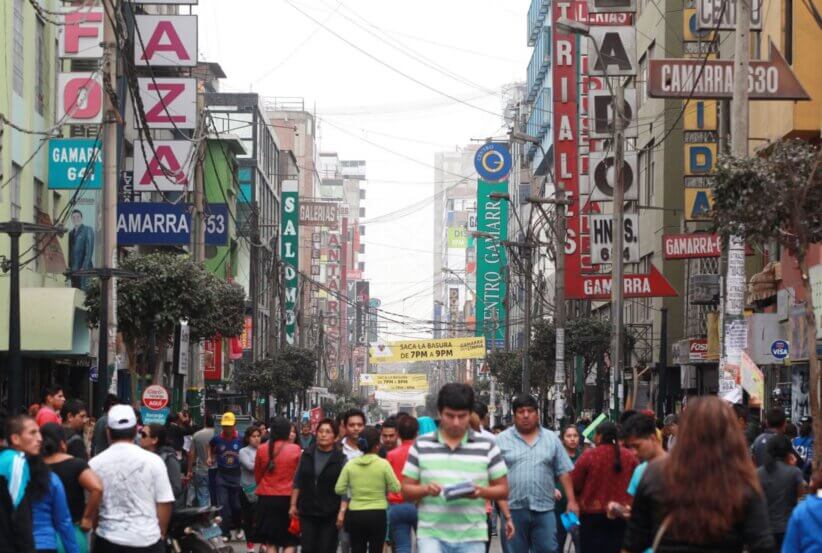 Entrepreneurs and unions from “Gamarra,” the largest textile commercial district in Peru, announced a large march to the Presidential Palace to protest what they call an “invasion” of clothing from China and Bangladesh that harms local producers.

The march, scheduled for October 5, was organized after several months of requests from textile unions to the administration of President Pedro Castillo to help the industry recover after the Covid pandemic.

Susana Saldaña, president of the Gamarra Perú Business Association, told newspaper La República that Gamarra has only reached 40% of the sales it obtained in 2019: about 6.5 million soles (USD $1.7 million).

In addition, she said that almost all the businesses in the district still have 40% of the stock from last year’s  fall-winter campaign, and for this reason they will continue to auction the clothes until the end of September, with the aim of having capital for the next campaign.

According to Ms. Saldaña, “the government has turned its back on them” and is not helping “to recover the lost jobs.”

“Some 500,000 Peruvians still haven’t got their jobs back in the textile industry,” she said.

The Gamarra emporium, located in the Victoria district, has 200 galleries and 30,000 business men and women who employ hundreds of thousands of people in its 54 blocks.

The district houses fashion and home textile stores, manufacturers and contractors, subcontracting services and suppliers to the textile industry.

In a statement published last week, the Gamarra unions demanded, mainly, “the implementation of safeguards and an increase in tariffs to 30% on the import of garments from China and Bangladesh.”

“[Both countries] have invaded the Peruvian market and cornered national producers. They endanger the recovery plan for the entire production chain,” read the statement..

The World Trade Organization defines safeguards as “urgent” measures that are applied when increased imports of certain products have caused or may cause serious damage to domestic production.

After a technical evaluation this May, the National Institute of the Defense of Competition and the Protection of Intellectual Property (INDECOPI), recommended applying provisional safeguard measures for a maximum of 200 days on clothing imports from China and Bangladesh.

However, the government decided not to apply this measure due to a lack of clear evidence declaring a threat to national production.

“We demand that the Minister of Production be removed from office because he is against the application of safeguards” and is “in favor of the large garment importers.”

“Until now he has not generated any measure that helps reactivate our business,” the statement read.

The unions also demand that President Castillo put an end to “crime and informality” in Gamarra. “The mafias rule and they don’t have the slightest respect for the client or the businessman.”

Finally, they demanded fair credits “to rescue thousands of small businesses that are still bankrupt and have not been able to recover.”

President Castillo’s UNGA speech: A representative office for Peru in Palestine, a call out of coups, and solidarity with Argentina over Falkland Islands