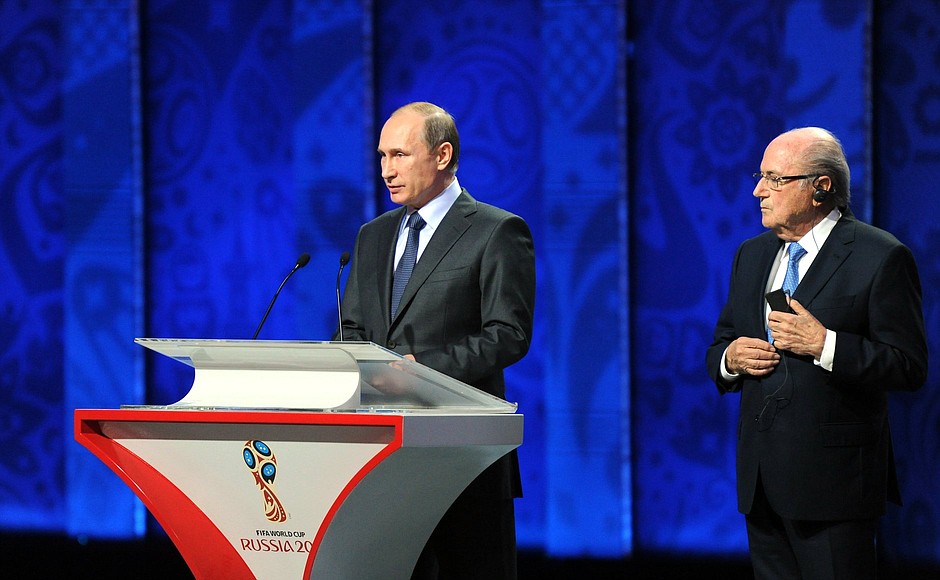 The Final Draw for FIFA World Cup 2018 took place today at the Kremlin Palace in Moscow. The 32 participating nations were split into eight groups of four teams each.

Set to begin on June 14, the initial group stage of the World Cup in Russia is played on a round-robin basis, with the top two teams in each group advancing to the round of 16.

Peru’s squad and fans most likely aren’t feeling that their luck’s improved much – they were placed into the dreaded Group C, along with France, Denmark, and Australia.

The French are among the favorites to win, with one of the strongest teams in the world. And, although the Australian squad isn’t particularly daunting – especially after their coach resigned last week – the 12th ranked Danes are a formidable opponent that most nations were happy to avoid. To make things worse, Peru’s draw will require an extensive amount of traveling between games.

Most experts predict an intriguing toss-up for second place in the group, with Peru and Denmark vying for the chance to accompany France to the second round of the tournament. Los Incas’ moment of truth, then, may be their opening matchup – they face Denmark on June 16.

La Blanquirroja’s fortunes may just turn on the eligibility of their star player and captain, Paolo Guerrero. The 33-year-old scored six goals during the qualifying matches, but is in doubt for Russia after being banned for doping – he is currently appealing the suspension.

Peru finished fifth out of 10 teams in the South American qualifying rounds, finally securing their first trip to the World Cup in 36 years after knocking off New Zealand in a two-match playoff.

With Italy, the Netherlands, Chile, and the United States noticeably absent, the infamous “group of death” failed to materialize. Meanwhile, the most tantalizing matchup produced during the draw was certainly Spain-Portugal, the former World Cup champions and the current Euro champions set to meet on June 15 in Sochi.

Germany and Brazil are currently the co-favorites to win it all, according to British bookmaker Paddy Power. France, Spain, and Argentina are also considered serious contenders.