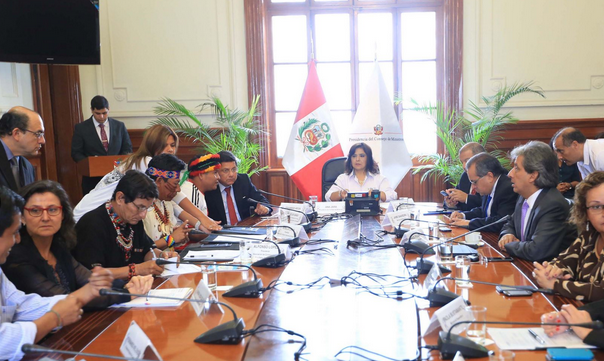 The Peruvian government has signed a deal with representatives of native communities to proceed with oil drilling in Loreto.

Seven government ministers have concluded talks with four leaders from the populations in the Pastaza, Tigre, Corrientes and Marañon river basins.

The agreement includes the establishment of a $16 million environmental cleanup fund. Other government concessions include $3 million for improving the healthcare facilities in the region and 65 water treatment plants, 16 of which have already been installed. The public works are expected to benefit 100,000 local residents affected by extractive industries in the region.

“We have signed an agreement that does not mean the end, but the beginning of a dialogue based on mutual trust, and it will bring wellbeing to Peruvians who live in isolated areas of the country,” said Peru’s environment minister, Manuel Pulgar.

Since January, communities from the region have protested against and occupied property of Argentine oil firm, Pluspetrol. The company said production at 14 wells totaling 3100 barrels per day has stopped.