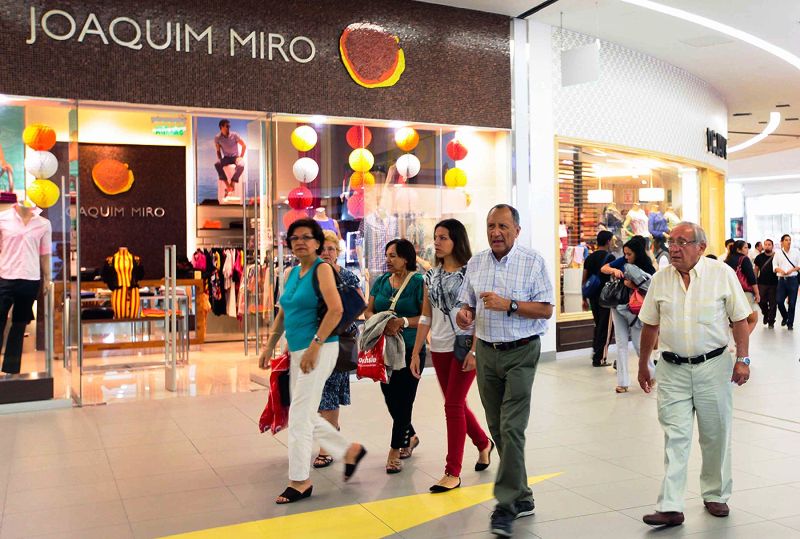 Peru’s middle class is slightly smaller today than it was in 2011 according to a study by Lima’s chamber of commerce.

The Institute of Economics and Business Development (IEDEP), an organization within Lima’s chamber of commerce, defines “middle class” as those earning between $10 and $50 per day. Since 2011, almost 40,000 Peruvians passed from middle class to “vulnerable.” This point of view provides a contrast to a recent Inter-American Development Bank estimate that Peru’s middle class expanded by 328,000 people last year.

“This is a clear consequence of the economic deceleration the country is enduring,” said IEDEP director Cesar Peñaranda. “However, leaving the middle class does not mean this group will become poor, but be on the middle ground known as the vulnerable class.”

Of the 9.1 million Peruvians who belong to the middle class according to IEDEP’s definition, over half live in Lima and Callao, and 20% live in Arequipa, La Libertad, Piura and Cusco.

States where the middle class make up less than 15% of the population include, in descending order, Loreto, Huanuco, Pasco, Amazonas, Apurimac, Cajamarca, Ayacucho and Huancavelica. Only 4.8% of Huancavelica residents are middle class.

Peñaranda said that if this trend continues, poverty in Peru would inevitably rise. “It’s crucial to reverse the negative trend of the last four years in the total productivity of factors, generate an attractive environment for investment and exports, preserving macroeconomic stability.”