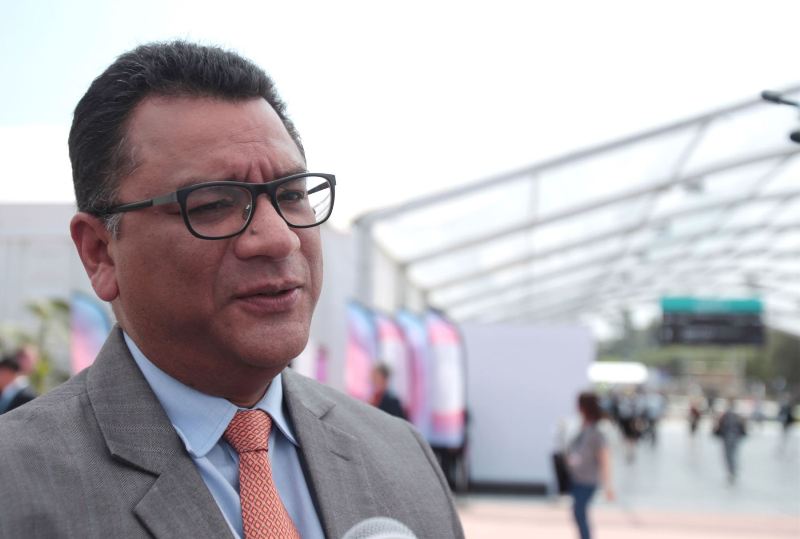 Benites was working on measures to blunt the impact of the El Niño climate phenomenon which has affected Peru’s fishing and agriculture industries. The minister spent over two weeks in the town of Sechura, where he contracted dengue. Soon after the news broke, the agriculture ministry tweeted last night that Benites had been treated and was recovering in a Lima hospital.

In April, Peru’s national government declared a state of emergency in Piura due to a worrying spike in confirmed cases of dengue. The health ministry spent $1.2 million on the mandatory fumigation of all homes and public awareness campaigns.

In addition to the agriculture minister, a local Lambayeque mayor also contracted the virus this week. Pitipo district mayor Luis Valladolid from the Ferreñafe province remains hospitalized in Chiclayo. The state of Ancash, where there were no confirmed dengue cases last year, has seen 11 residents contract dengue in 2015.

South America is a hotbed for the dengue virus. Over 100 have died in Brazil when Sao Paolo underwent a historic water shortage. Residents create attractive habitats for mosquitoes by hoarding water. Peruvian soccer star Paolo Guerrero, who played for the Sao Paolo-based Corinthians until signing with a Rio de Janeiro-based team last week, was recently released from a local hospital after being treated for dengue fever.