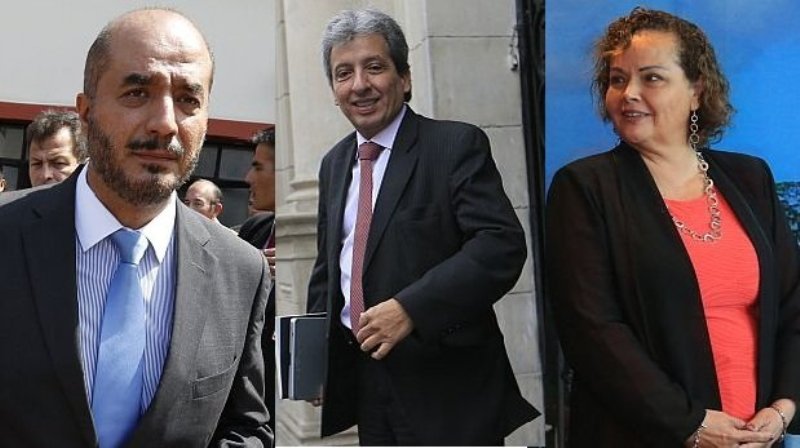 Partisan squabbling in Peru’s congress last night led to impeachment of three Cabinet ministers who were scheduled to report on the Las Bambas conflict.

The Cabinet ministers were scheduled to report to congress about the protests against the Las Bambas copper mine project in Apurimac, in which four people were killed on Monday. Local residents are protesting changes to the mine’s original environmental impact plan.

However the presentation was delayed due to the ruling Nationalist Party’s demand to debate the authorization of a congressional committee to investigate possible corruption in Peru stemming from Brazil’s Lava Jato scandal, in which officials in the governments of Possible Peru presidential candidate Alejandro Toledo and APRA presidential candidate Alan Garcia.

The Nationalist Party’s demand came just after congress voted to approve a different committee to investigate first lady Nadine Heredia for money laundering with information obtained from four notebooks allegedly belonging to her.

Congressional leader Luis Iberico called a recess to restore order, during which Perez, Ortiz and Pulgar left congress without reporting on the Las Bambas conflict.

“Having briefly suspended the plenary session due to disorder caused by the Nationalist Party and after entering the floor of congress,” reads the motion, “the Cabinet ministers suddenly and inexplicably chose to leave the congressional building, a situation which constitutes an absolute and intolerable lack of respect and consideration …”

Ortiz sent a letter to Iberico after the session saying that congress lacked the “conditions” for their presentation and that they were willing to appear before congress another day.

Nationalist Party congressmen allege that congress has been “kidnapped” by the right-wing Popular Strength party led by Keiko Fujimori and the APRA party.

In March congress impeached Cabinet chief Ana Jara, which required the resignation of all the Cabinet ministers. President Ollanta Humala’s government, which ends next year, has been plagued by numerous resignations and cabinet shuffles.