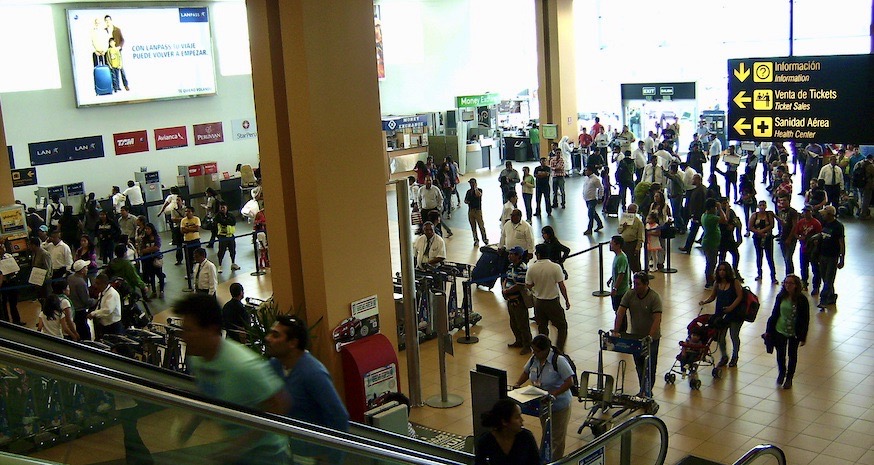 On April 14, thousands of passengers were stranded in various airports around Peru due to a strike by air traffic controllers approved by the Ministry of Labor and Employment Promotion. The delays were exacerbated by heavier travel traffic related to the Easter holiday.

The President of the Tourism Association of the Lima Chamber of Commerce Gabriela Fiorini said that the strike impacted more than 8,000 passengers on a very important day for tourism in the country, leaving air carriers unable to fulfill flights.

“The decision of the Ministry of Labor didn’t consider the enormous damage caused to individuals and families who have nothing to do with the issue, especially when it was the government itself that declared the tourism sector in emergency,” Fiorini told RPP.

“The negative impact of a measure accepted by the Ministry of Labor and Employment Promotion is not only in terms of the number of stranded tourists or canceled flights, but also in the rapid deterioration of Peru’s image abroad, which damages the work of the Ministry of Foreign Trade and Tourism itself and of the businessmen who take on the challenge of promoting tourism,” said the tourism leader.

The strike called by the Unified Union of Air Traffic Controllers (Sucta) of Peru affected the operations of five airports in the cities of Arequipa, Ayacucho, Tacna, Trujillo and Cusco, which caused cancellations and delays of 45 domestic flights to Cusco, Ayacucho, Trujillo, Arequipa and Tacna. 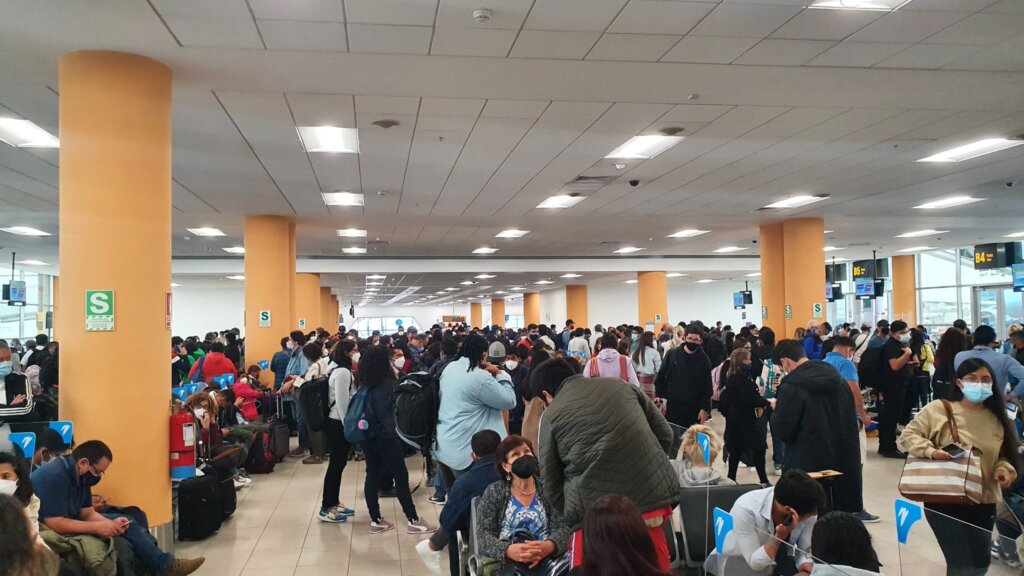 Travelers face delays at Jorge Chavez International Airport outside of Lima, Peru on April 14. Image courtesy of @SoyMemesDelPeru via Twitter.

That same Thursday, the union reached an agreement with the Peruvian Corporation of Commercial Airports and Aviation Inc. (CORPAC) – a state company that manages several airports in Peru – and the strike was lifted. SUCTA planned to protest until April 16.

In a statement, CORPAC said that it complied with all the demands of the union, all of them related to improvements in working conditions, better salaries and compliance with previously signed agreements.

The Minister of Transport and Communications, Nicolás Bustamante, considered that the Ministry of Labor, led by Betssy Chávez, should answer for having declared the air traffic controllers’ strike “admissible.”

Carlos Canales, president of the National Chamber of Tourism of Peru (Canatur), said that losses from the strike could reach around 40 million soles.

“10 million soles were lost only in plane tickets and practically 30 million soles in tourist services that are contracted from the moment you arrive at a destination,” he told Canal N.

Fiorini said that “it was expected that national tourists would spend, on average, on this holiday, between S/.700 to S/. 800, an amount that includes the cost of transportation, food and lodging, with the opportunity to visit different cities and tourist attractions in the country.”