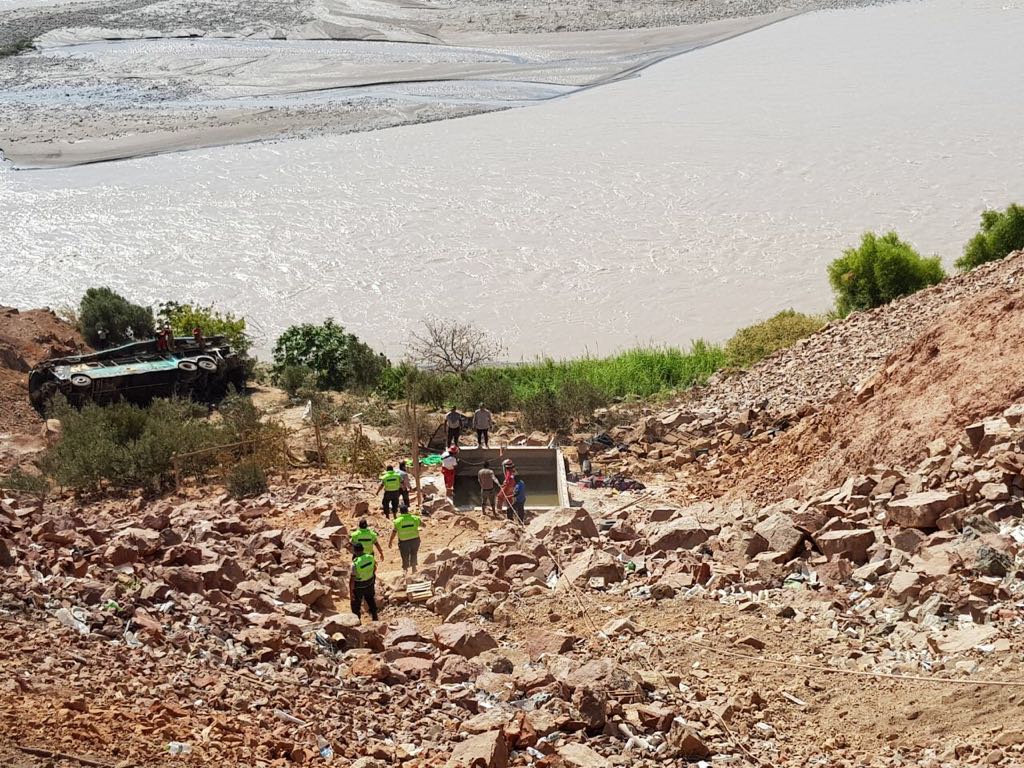 A coach plunged off the Pan-American Highway today, killing at least 44 people and injuring 23.

The double-decker bus fell 100m down a river bank of the world’s longest road, near the Ocoña bridge in the southern Arequipa province, El Pais reported.

Local media suggests the coach, which belonged to the Rey Latino company, had registered 45 people on board.

But due to the numbers killed and rescued, it’s likely more passengers were picked up along the way.

It is the second bus tragedy to happen this year, following one of Peru’s worst accidents, which left 52 people dead after a bus plummeted down a cliff face.

Police have been working closely with emergency services to search for survivors.

Peru’s President Pedro Pablo Kuczynski took to Twitter to express his condolences to the families of those killed, and assured that all measures were being taken to assist with the rescue and transfer of injured to hospitals.

The cause of the accident remains unknown, but Jacqueline Choque, head of the Office of National Defence and Civil Defence of the Regional Government of Arequipa, told RPP News it was possible the driver fell asleep.

“It seems to me that it was due to a reckless action…perhaps [the driver] had fallen asleep,” said Choque.

Authorities have suspended the Rey Latino company until they have investigated and established the cause of the accident.