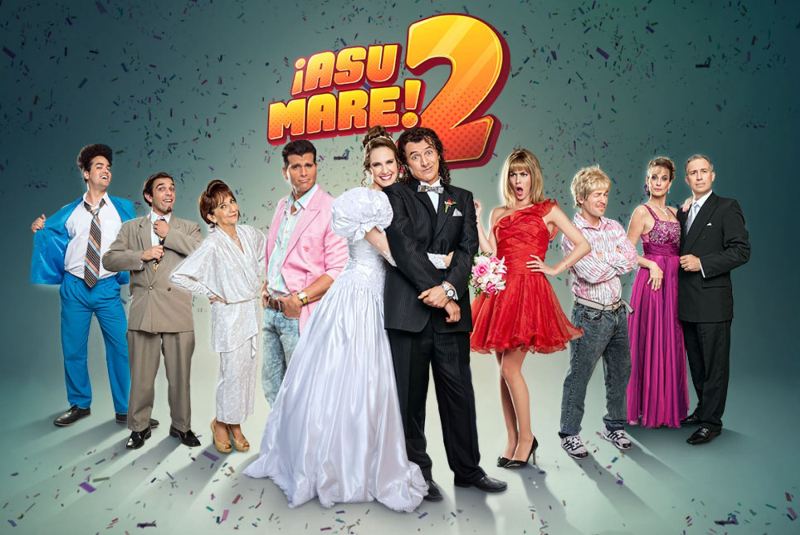 Asu Mare, which was loosely based on Alcantara’s early life, was released in 2013 and sold over 3 million tickets in Peru to surpass Ice Age 4 as the highest-grossing film in Peruvian history. It was shown in theaters in Chile, Ecuador, Bolivia, Colombia, Venezuela and the United States.

The more fictionalized Asu Mare 2 will focus on Alcantara’s first years in the entertainment industry and his pursuit of Emilia, the romantic interest from the first film. Like the first film, the sequel includes themes of social class in Peruvian society. Emilia is from a wealthy family, and Alcantara will compete with her snobby friend Ricky, portrayed by Christian Meier, for Emilia’s affection. The film is set in the 1990s and, also like the first, will feature quirks and styles of that time in Lima.

While Alcantara has stated that the goal of Asu Mare 2 is not to outsell the first film, it has already sold 38,000 tickets before the official premiere.

Alcantara began his career on the small screen in the 1980s and 1990s. He rose to national fame with the comedy sitcom, Pataclaun, in which he played a clown named Machin. The success of the show propelled him to Peru’s film industry, where he worked in various roles until starting work on Asu Mare in 2007.