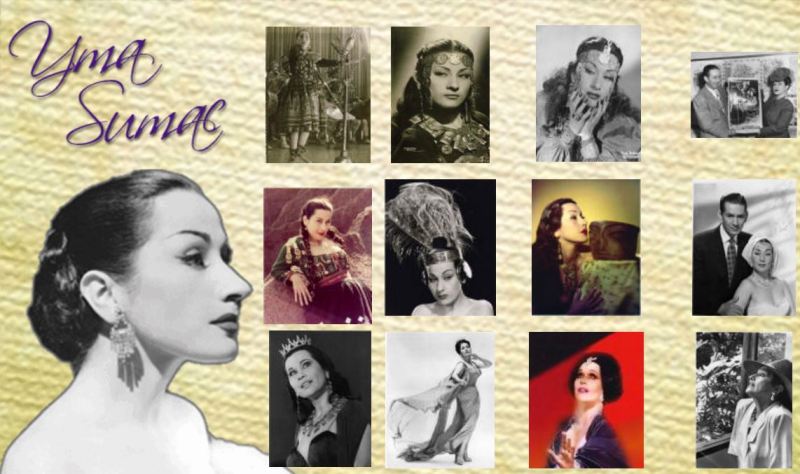 Google’s homepage featured an image of Yma Sumac on Sept. 13, which would have marked the 94th birthday of the Peruvian soprano who found global fame with her four-octave voice.

“The Peruvian Songbird” first came to prominence in 1950 after signing a record deal with Capital Records and touring Europe and the United States. The mestiza daughter of Peru would go on to entrance the world with her exotic music and dress, outselling musicians including Bing Crosby and Ethel Merman.

“For the first few bars of a Peruvian folk chant called High Andes, the full-figured Peruvian girl onstage rumbled roundly at the bottom of the contralto range. Then, to their astonishment, she soared effortlessly up a full four octaves, began trilling like a canary at the top of coloratura,” reads a 1950 review in TIME magazine of her performance at the Hollywood Bowl in front of a crowd of 6,000.

“At the end of her first song, the audience was still too surprised to raise more than warm applause. The second, Tumpa (Earthquake), brought cheers; after the third, a pyrotechnical Inca Hymn to the Sun, the applause and cheers swelled to a roar for encores.”

Sumac later moved to New York where she found a regular slot on Broadway and also appeared in Charlton Heston’s 1954 film, “Secret of the Incas.” She made eight solo albums throughout her life from genres spanning traditional, mambo and rock. Among her most popular are “Voice of the Xtabay” in 1950 and “Mambo!” in 1954.

“Peruvian music is beautiful, but you can not repeat it continuously, it becomes monotonous,” Sumac told El Comercio in 2006. “I sang for everyone and everyone loved it. You have no idea how much they love Peruvian music in Germany, so it’s no surprise to see so many Germans married to Peruvians.”

After her international success, including a spot on Hollywood’s walk of fame, she failed to find the same recognition in her home country. Following a tour of Argentina, Chile and Brazil in the late forties, Sumac was rejected at Lima’s Municipal Theater. The following week the venue showcased a group of trained dogs.

Critic Miguel Molinari put this down to Sumac’s progressive style which waved in the face of traditional Peruvian music. But she was vindicated in Peru when she received the Order of the Sun, Peru’s highest honorary award, in 2006.

Sumac, meaning “beautiful flower” in Quechua, was likely born in Lima’s port district of Callao. However, throughout her life she claimed an indigenous village in the San Marcos jungle province of Cajamarca as her birthplace.

Sumac died of colon cancer aged 86 in her home in Los Angeles in 2008.

“Ms. Sumac created a sensation as an otherworldly chanteuse who sold millions of records, appeared onstage and in movies, filled European concert halls and fetched $25,000 a performance in Las Vegas,” reads her obituary in the New York Times. “The Incan Princess became a venerable queen of camp, popping up decade after decade with her unsettling mix of strange sounds, folk roots and a vivacious stage personality.”

Watch Yma Sumac in “Secret of the Incas.”