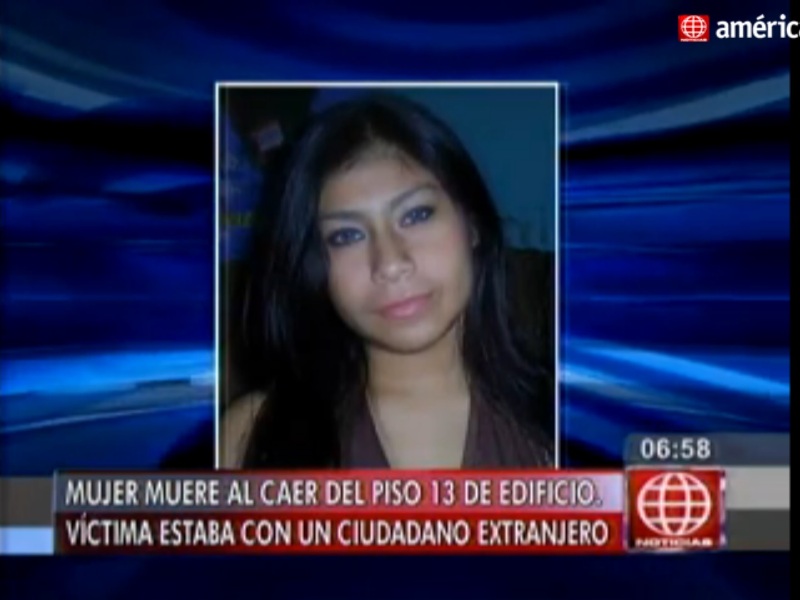 An Australian man was sentenced to nine months of preventive jailing for the alleged murder of his girlfriend in Lima.

30-year-old nursing student Maria Huilcanina died when she fell from a 13th-floor apartment in Surquillo early Sunday morning. Police say she came home with her Australian boyfriend, Daniel Brookes, after a night drinking when the couple began to fight.

“[The police] have told us that all the evidence points to the foreigner,” said Huilcanina’s sister. “His face has scratches and his traces of his blood were found under my sister’s nails.”

Brookes arrived in Lima just two weeks before the incident and lived in the Surquillo apartment with his brother.

Last night a Lima judge granted a prosecutor request for nine months of preventive jailing for Brookes as police collect evidence and build their case. If found guilty, Brookes faces five to 20 years in prison.