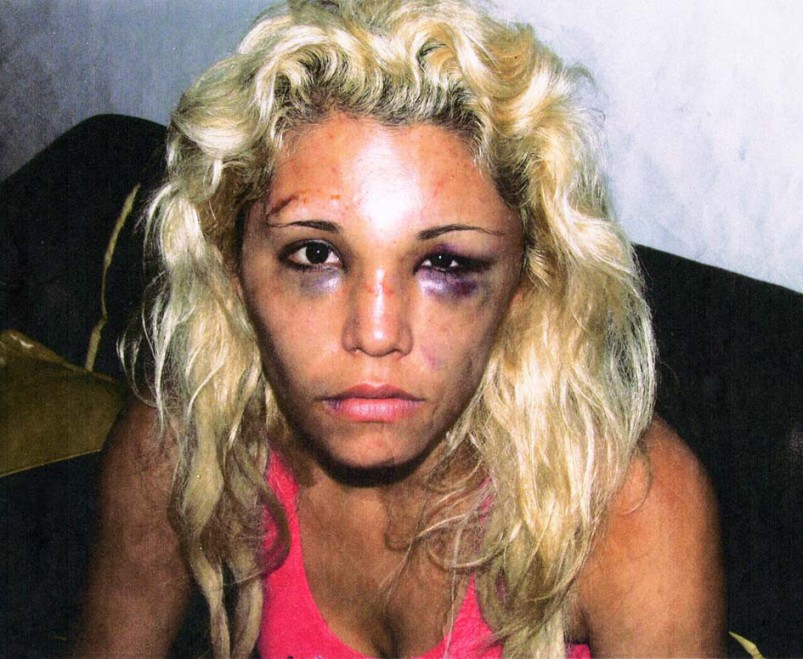 Guillen was kidnapped and beaten by her ex-boyfriend, cumbia singer Rony Garcia, in 2012. Guillen’s nose was broken and she required stitches over both eyes and on her head. Garcia spent three years in Castro Castro prison before being released this year.

Last week Guillen published “No Te Mueras por Mi” (Don’t die for me), a collection of messages written to women by their abusive husbands and boyfriends after an assault. The messages begging to be taken back are written in emails, text messages and even on photocopied pieces of paper.

After the letters, the book details what happened to each woman after accepting their violent partners back into their lives. One woman was killed and another is paraplegic. Others suffered broken bones, mutilated face and body, lost mobility in one arm due to gunshot wounds, lost vision in one eye, third-degree burns and more.

“No society where the woman is a second-class citizen and is seen trampled on and abused will be truly free and democratic,” writes Nobel laureate Mario Vargas Llosa in the book’s prologue.

In the past six years, 680 women have been murdered by their significant others in Peru. A 2005 World Health Organization found that 61% of women had been assaulted by their male partners, giving Peru one of the world’s worst rates of domestic violence.

Read the entire book at notemueraspormi.com.