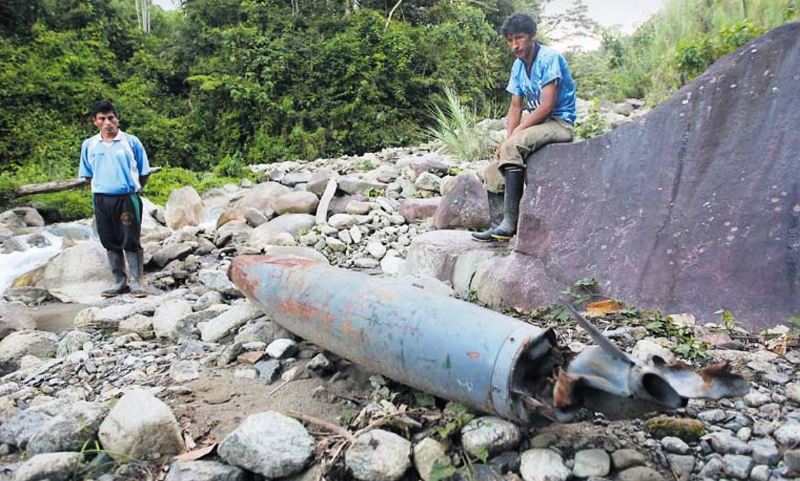 One child was killed and four injured after they found a grenade in a region of the VRAEM used for military training.

The five indigenous children found the grenade near their Teoria village in the Satipo province of Junin state. Fernando Acosta, the army’s commanding general of the VRAEM, confirmed that the area where the children were injured is a military training area.

“It is an area which special forces units used as a training area and firing range,” Fernando Acosta, the army’s commanding general of the VRAEM, told El Comercio. “The children probably entered the area. The investigations will tell us exactly what happened.

Acosta did not confirm whether the grenade was issued by the military, but he did say the area was not fenced off or even forbidden to the public.

“We are enraged. This is something that cannot happen again,” local indigenous leader Mario Flores told El Comercio. He added that the community demands a thorough investigation.

Three of the injured children were transferred to Lima hospitals, where they are in stable condition. One of the children is in critical condition undergoing surgery at a hospital in Huancayo.