Lima archbishop under fire ahead of women’s march 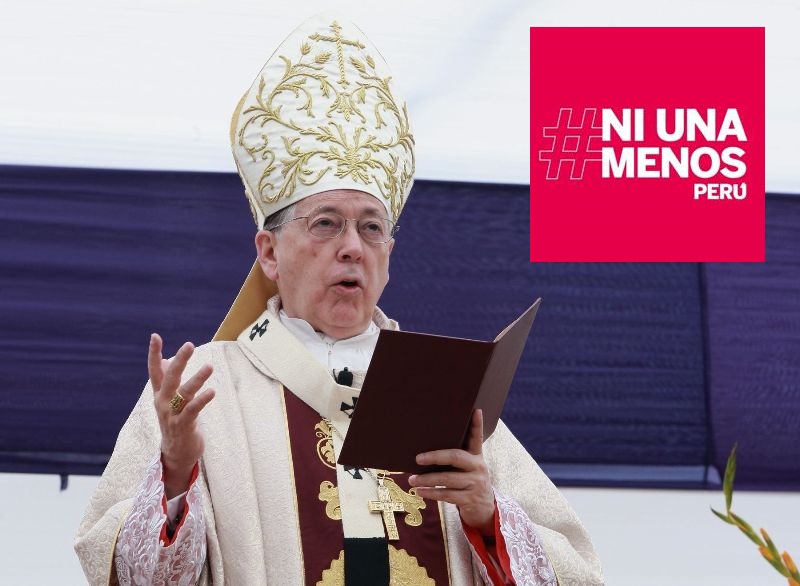 Cardinal Juan Cipriani has apologized for remarks deemed as sexist as Lima prepares for tens of thousands to march in the Not One Less movement.

The Not One Less, known as #NiUnaMenos in Spanish, has called for a demonstration on Aug. 13 to show solidarity with female victims of murder and sexual violence. According to the group’s Facebook page, more than 50,000 have committed to march this Saturday in downtown Lima.

On July 28 Cipriani criticized the “gender ideology” at a Mass he led at the Lima cathedral attended by former President Ollanta Humala. Some interpreted his sermon as a veiled insult to the growing movement against violence towards women.

“[Humala has worked] for the respect and defense of the family, life and marriage,” Cipriani said. “Campaigns to damage the dignity of women in their being mothers and wives, and wanting to impose the so-called ‘gender ideology’ are inhuman.”

Cipriani’s comments attracted criticism from the widespread base of support for the movement in the wake of several high-profile cases of domestic violence and murder against women. Cipriani then doubled down on his comments while speaking on his radio program, which is broadcast nationally on RPP.

“Women often cause a scene which provokes men [to violence],” said Cipriani. “The media constantly broadcasts violence, violence against women, and it disseminates abuse of the body as a carnal attraction. Sometimes it is very subtle … Statistics tell us about girls having abortions but not being abused. It’s like that because girls cause a scene and provoke men. This is what will occur in the next march with Not One Less.”

“Women, [you should] regain respect by not being used as pieces of meat on television.”

A crowd of activists including angry Catholics marched on the RPP headquarters, where Cipriani’s “Faith Dialogues” is broadcast, demanding for him to be taken off the air. Many protesters accused the cardinal of victim-blaming.

“I apologize to those who may have been offended by my statements,” Cipriani later said at an event at an orphanage in Lima’s El Agustino district. “It would never occur to me to offend or mistreat women. So, with all my strength and sincerity I want to apologize to them, those that are here, if they felt offended in their nobility of a family, the mother, the girl in trouble.”

Cipriani added that many people had cast “unjust and slanderous insults” against him.

The Not One Less protest movement was started after the women’s ministry reported that Peru saw 54 women murdered and 118 attempts so far in 2016. Last year there were 95 murders and 198 attempts.

Anger was stoked when Adriano Pozo, the son of an Ayacucho councilman, received just one year of probation for assaulting his girlfriend. Security footage from an Ayacucho hotel showing a naked Pozo brutally beating his girlfriend circulated through the media last year. In another case, the husband of model and dancer Lady Guillen was sentenced to four years in prison for assault.

The Not One Less march, which is projected to see tens of thousands of demonstrators, meets in the Campo de Marte park at 3 p.m. on Saturday in downtown Lima.