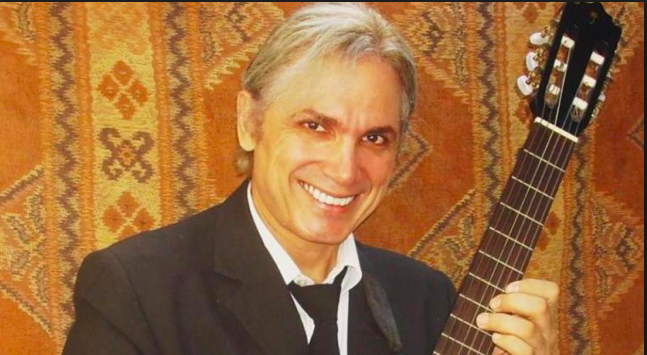 Peruvian musician Carlos Fernández Prada took his own life this Monday. He was reportedly affected by severe depression, triggered by the death of his wife nearly a year ago and the financially precarious situation he found himself in while living in Venezuela.

In April, he spoke to El Comercio about how difficult life in Venezuela was, explaining that he only earned $4 a month and asking for help getting him and his daughter Michelle repatriated to Peru. Although his family set up a savings account open for donations, they didn’t raise enough money to buy tickets, as well as the two having difficulties with the authorities when trying to get emergency passports.

“In Venezuela there is so much lack of humanity on the part of the authorities that I’m very worried and I’m asking for help for me and my daughter,” he told El Comercio in April. “We need two flight tickets, we want to get out of here, but we cannot buy them because I earn the equivalent of $4 a month.”

Fernández was suffering from depression and chronic malnutrition and saw the worsening situation in Venezuela as an inescapable downward spiral.

“Carlos hadn’t communicated with us for a few days,” his cousin Consuelo Fernández Prada told El Comercio in an article published today. “He was very depressed, he wasn’t sleeping and he said that he saw people looking for food in the trash. He didn’t want to reach those extremes.”

Fernández had gone to Venezuela with his family to fulfill the dying wish of his Venezuelan mother, which was to be buried in her home country, the Spanish newspaper reported. He stayed at the wish of his Uruguayan wife, and they settled in Maracaibo with their two children Sai and Michelle.

He supported the family with his music, but as the political situation worsened there were less cultural events and he struggled to make any money. His wife Virginia developed cancer, but due to a lack of medical supplies and no money to buy fruit or vegetables, her condition deteriorated.

Her family in Uruguay managed to save up for a ticket to Uruguay for her, but upon reaching the airport they wouldn’t let her travel alone as she didn’t have a chaperone to accompany her.

They returned to their home, where her sister managed to visit, but three days later she fell out of bed and broke her leg. They managed to get her to a hospital on the back of a lorry, but as they had no anesthetic they tried to set the bone without any pain relief, and Fernández remembers her screaming in pain. Soon after this, Virginia tragically passed away.

Fernández used Facebook as a way to communicate with his family and to ask for help for him and his daughter.

“If you have family or friends who still haven’t left [Venezuela] (like me) for various reasons, don’t think twice and send help in the name of God.” he wrote in a Facebook status. “You cannot imagine the torment of living here and not being able to eat properly. I pray to god for the Venezuelans, their children and their family in this hour of desolation!”

His death has left his youngest daughter Michelle, who is 21, alone in Maracaibo, and her family are trying to save money to get her back to Peru. They have made a public request to Martín Vizcarra and the government to help them bring her home.

“She has nobody there. She’s been left all alone,” her aunt told El Comercio.

If you want to aid the family, the account is with Scotiabank, account number 562-0744051. It was originally set up to help Fernández get out of Venezuela, but now the money will go towards repatriation of the body, cremation and other funeral costs.