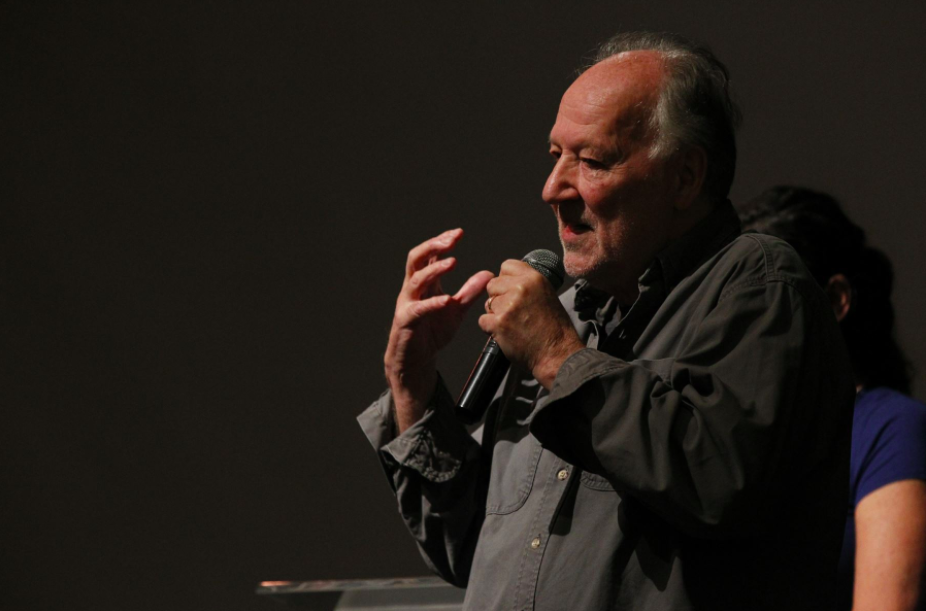 German film director Werner Herzog has long been infatuated with Peru, using the country’s Amazonian landscapes in two of his most highly acclaimed movies: Aguirre, the Wrath of God and Fitzcarraldo. Peru’s Culture Ministry welcomed the 75-year-old director to the country with a Monday forum from the National Library.

Herzog will host his annual workshop for young filmmakers called “Filming in Peru with Werner Herzog” beginning Tuesday and ending on May 11.

“You have such a wonderful country to travel through,” Herzog said at Monday’s talk on the eve of his workshop. “Be proud to be Peruvians and of your culture.”

Herzog’s intensive workshop that chooses 48 applicants from all over the world to join him in Peru takes place in the Madre de Dios region’s Tambopata National Reserve.

The filmmaker’s aforementioned masterpieces that starred his iconic leading man Klaus Kinski were filmed in or around this area. At Monday’s master class in front of a full audience, Herzog mentioned the defining idea behind Fitzcarraldo in which he sought to pull a ship over and through the dense mountains there.

“I think every grown-up man should move a ship up a mountain once in his life,” he joked. “For young women, I can’t really articulate what they should do, but they will find their boat.”

Herzog took questions from the crowd and discussed the ever-changing medium with cell phone videos and Netflix domination. He also shared some wisdom on his craft as a precursor to tomorrow’s opening of the annual workshop.

“It’s not my future,” he told a questioner. “It’s your future and you have to shape it how you want.”

Peru to use green bonds to invest in eco-friendly projects