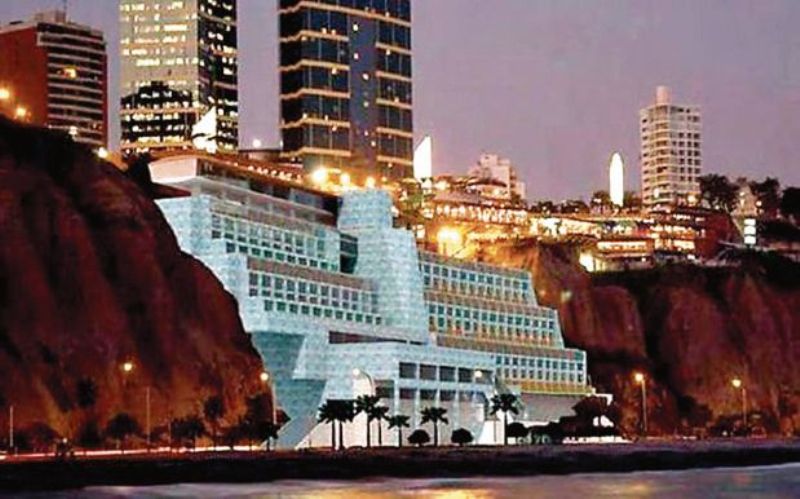 The Graña y Montero firm has begun construction of a five-star, 18-story hotel in the seaside cliff of Lima’s Costa Verde underneath the Larcomar shopping mall.

The $90 million hotel with 279 rooms will be managed by the Hyatt hotel chain and be connected by escalator or elevator to the Larcomar shopping mall.

The project has been stalled since 1995, when the Miraflores district awarded the rights to develop the lot to Parque Lambramani. The license was later granted to Graña y Montero.

In 2010 the city of Lima enacted an ordinance which prohibits construction of new projects in the Costa Verde cliffs overlooking the Pacific Ocean. However the license to build predates the ordinance.

“A similar situation occurred with the Lugar de la Memoria [museum], whose authorizations were given before Ordinance 1414 and its construction ended last year,” says Jose Arrieta, an official with the Graña y Montero subsidiary, Promotora Larcomar.

The company also builds facilities for mining and hydrocarbon industries, including the Cuajone, Las Bambas and Antamina copper mines and the Camisea gas project. Graña y Montero has operations in Bolivia, Mexico and the Dominican Republic.

About us (Grupo Graña y Montero)