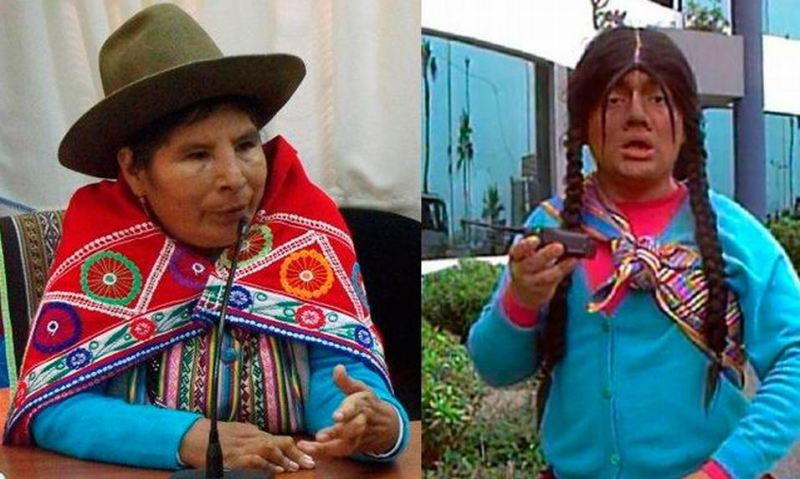 Less than a year after being cancelled, La Paisana Jacinta will return to Peruvian television with an all-new season on March 3.

Peruvian congresswoman, Hilaria Supa, sent a letter last March to the producers of the show requesting it be taken off the air. In August, the United Nations Committee on the Elimination of Racial Discrimination (CERD) singled out Peru in condemning the show as racist.

The United Nations was lobbied by the Peruvian Indigenous Cultural Center (CHIRAPAQ) in a 22-page report about the negative stereotypes portrayed in the show. The report states the central character portrayed by Benavides “clearly attacks Andean indigenous women” as “ignorant, dirty, clumsy, unreliable, governed by primary instincts [and with little] control of their emotions.”

The report concludes, “La Paisana Jacinta reinforces stereotypes about indigenous peoples from the Peruvian Andes, distorting their reality, their typical way of dressing, their ancestral knowledge [and denies] the indigenous peoples a respectable identity…”

Benavides insists his portrayal of Jacinta is not racist or discriminatory, and compares it to the 1980s Mexican sitcom, Chespirito, which featured a poor maid with a missing tooth named Chimoltrufia.

Benavides has also been criticized for his blackface portrayal of “Negro Mama,” an Afro-Peruvian man which caused Peru’s National Society of Television and Radio to fine Latina 74,000 soles ($24,000) for not complying with its code of ethics. In defending his portrayal of Negro Mama, Benavides points to Eddie Murphy’s reinforcement of negative stereotypes in The Nutty Professor.

A group of protesters will march against “trash television” today in Lima. Organized by local organizations of journalists and psychologists, the march will leave Campo de Marte park and deliver letters demanding better programming to various television stations around the city. The specific shows the group considers “trash” include La Paisana Jacinta, Esto es Guerra and more.