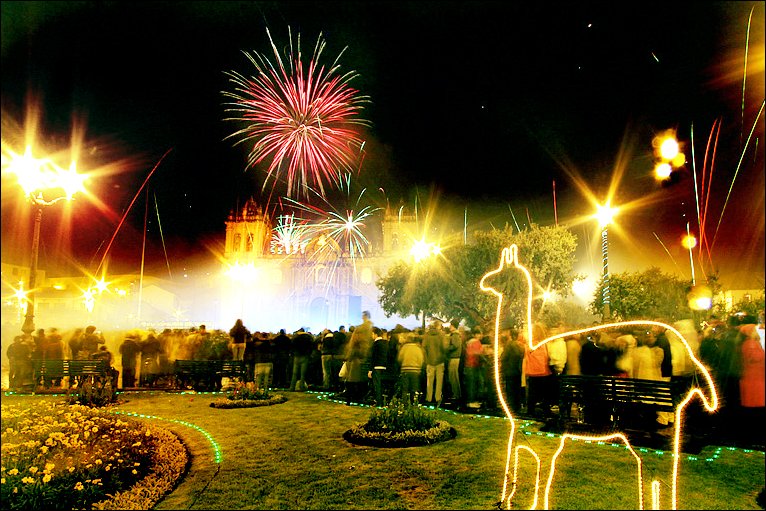 I remember it vividly. My first Christmas in Cusco, Peru, two years ago. The memory still makes me smile. I was walking just past midnight around the Plaza de Armas. The place was full. In the broadest sense of the word.

I come from Belgium, a confused country without a clear national identity, shaped 200 years ago as a neutral zone to keep the European empires from quarreling. My parents raised me Catholic, but I lost my religion. Like all of my generation did.

Christmas in my childhood was the grey head of a priest in a purple dress in a cold church, with candles throwing shadows on thick walls. It was the smell of incense and, rather than a joyful birth, it was a vague sense of sadness that couldn’t be erased by all the jingling bells in the world.

A slightly guilty feeling at that, as we realised from the very beginning that we humans had done an awful job regarding the treatment of that little, divine child.

I remember how, after the mass, I did my best to incorporate this remorseful atmosphere, imitating the ceremonious, serious walk of the older black coats around me, walking out of the church, exchanging wishes with a straight-lined smile before rapidly taking off. 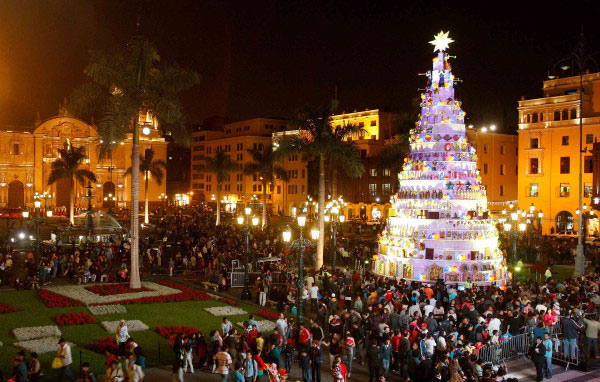 Two years ago, in Cusco: the central square, an abundance of lights, packed with dozens of people.

A lot of smiling faces, some slightly drunk.

People running around, hoisting food, street-sellers yelling and worming through the crowds.

The smell of roasted food. The cracks of rockets. And a sky full of fireworks.

Christmas is different in Peru.

In fact, Christmas is different among different Peruvians. It differs from region to region, all having their own specific rituals, rooted in local customs and traditions that are passed from one generation to the next, resounding the past into the present. The result is an interesting fuse of Catholicism with native cultures.

Christmas in the mountains

The 24th of December, during daytime, the central plaza of Cusco, the former Inca-capital turns into a spectacular place of encounter. A big market, Santurantikuy, Quechua for “Wind of the Saints” takes over the place. The market, declared National Cultural Heritage, attracts farmers, craftsmen from all over the region to sell their handicrafts and best products, made of wood, metal and cloth. 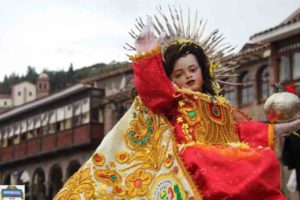 Manuelito is often represented. This child is the big star of Cusco’s Christmas. Decorated abundantly with luxury and wrapped up in silver, he steals even Jesus’ limelight.

Manuelito is depicted as a child in traditional clothes with a thorn in his foot. Angela Pumayali, a historical guide and inhabitant of Cusco, explains that the tale of Manuelito descends from the countryside. Peruvian farmers and its folklore believed Jesus ran away from his static, rather boring position in the church to play with other children in the fields. During this escapade, a thorn got stuck in his foot. In 1975, this version gained large popularity all over Cusco when a famous artist started to use Manuelito’s image to represent the divine child. Manuelito is another typical example of the creative spirit in Cusco, where Catholic and Incan elements often mingle into a unique fusion.

At the market silver adornments as well as clothes for Manuelito are sold. As he grows, his outfit needs to be renewed.

In Chachapoyas young women, called “Las Pastoras” dress up in colourful woven clothes, carrying the divine child, from church to church, making them compete for best host among the girls.

While further south, near the border with Bolivia, around the lake Titicaca, families read coca-leaves on Christmas Eve in a way to predict the upcoming new year.

Christmas in the jungle

Where many in the English-speaking world are more likely to binge-watch Christmas specials on TV this year on Christmaszone than get outdoors, some Peruvians have the privilege of celebrating this time of year in the Amazon. Banana leaves and tropical fruit make up the decorations. 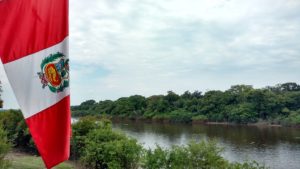 In another procession of Christmas Shepherds, neighbours gather and dress up as biblical figures following the Star of Bethlehem. Drums, whistles and Amazon-rooted chants accompany their march.

Christmas on the coast

The coast’s celebration of Christmas is the one that draws the most from European Christmas traditions. In Lima, like any metropolis, it’s mainly about shopping, lights and Christmas trees, with choirs of children and adults singing Christmas songs along to a soundtrack. In Chiclayo, children dress up like angels, singing songs and invading the streets.

However, in certain places on the coast like Ica, where history showed its ugly face through colonial slavery, they celebrate “Black Christmas”. Here, the main character is depicted as “the Black Child”. It’s honoured through a lot of African-inspired dances and finds its zenith on the 24th. The same day, the Virgin of Carmen, also known as “La Peoncita”, is celebrated. She is carried around in processions bouncing on the rhythms of the quijada de burro (jawbone) and the cajóns. 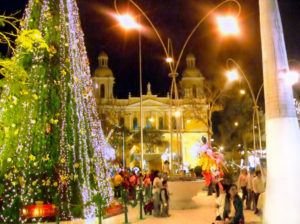 Then, generally, people attend La Misa de Gallo (Rooster’s Mass) at 10 pm, where they bring their own images of the divine child and put them at the churches’ nativity scene to be blessed by the priest.

At midnight, people raise a toast with (a version of) champagne and baby Jesus is finally placed in his crib. After the fireworks and the crackers, the dinner takes off. In most families, it consists of turkey, hot chocolate, panettone, apple puree and Peru’s cocktail of national pride, the pisco sour.

I remember back in Belgium that, after midnight, my cousin and I ran out of things to say, as we looked into our cups of hot chocolate and my parents started to clean up.

And that there were never fireworks.

Christmas is different in Peru.