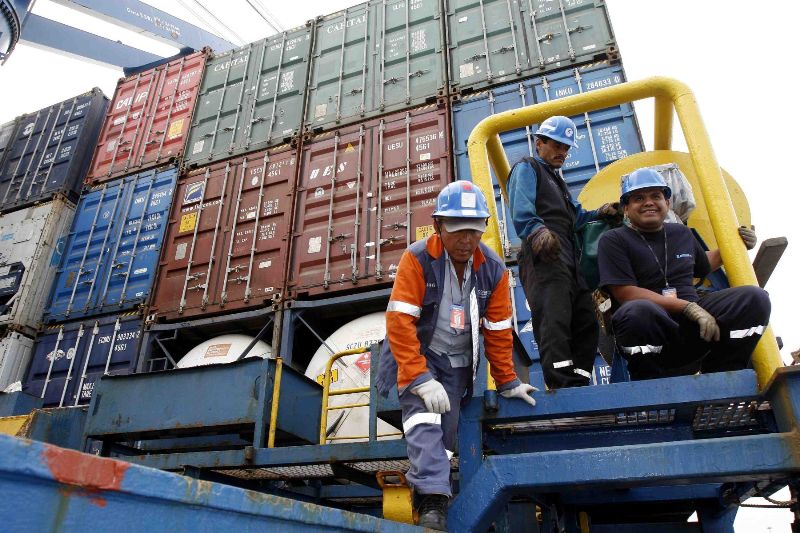 A dockworkers union strike which began last month at the port of Callao near Lima cost Peruvian businesses over $100 million before reaching an agreement with the port operator today.

The Callao dockworkers union (SUTRAMPORPC) called an indefinite strike against APM Terminals Callao, a Maersk subsidiary which operates the North Pier in the port of Callao, on May 13 in protest over the company’s planned use of an electronic job-placing system to replace the union’s designations of jobs. The strike which cost Peruvian businesses $5 million per day entered its fourth week on Wednesday.

The agreement between APM and the union allowed for a 4% raise among other additional benefits for the 650 dockworker employees at APM, including a $500 bonus for workers who averaged 20 shifts per month in the last year.

APM says the new software-based system aims to combat drug trafficking at the Callao port. Drugs at the port have seen increased scrutiny since the high-profile case of alleged trafficker Gerald Oropeza, who held significant influence at the port.

“When APM needs teams of these workers for loading and unloading, it should use the computer register to select them. But in practice the union chooses. The union bosses charge the workers bribes to be chosen. If they are working with drug trafficking gangs, they need people they trust to break the seals of containers to hide drugs in the load. These longshoremen are strategically selected. Meritocracy means nothing,” an anti-narcotics officer told El Comercio. He called the port of Callao “ungovernable.”

“They pay us $43.12 for eight hours and now we want to earn $44.39,” said union secretary Gerardo Honores. “We demand good working conditions. We deny that we are involved in drug trafficking or that we’ve made death threats.”

APM replaced over 100 of its workers with members of Peru’s navy. The company claims while port transit has seen delays, there have been no costly stoppages. However Peru’s exporters association ADEX has appealed to the government to intervene on behalf of Peruvian business. A recent statement from the organization warns that if the strike goes on for much longer, the country could see shortages of products such as bread, chicken, oil and flour.

“I have received calls from very big food companies that are running out of stock … They don’t have the supplies to feed chickens. They don’t have wheat to produce flour with which they make bread,” ADEX spokesman Juan Carlos Leon said. “We have information that [the longshoremen] will be radicalizing the strike conditions … This is costing a lot of money, but the business sector’s decision is to be firm and restore the principle of authority.”

El Comercio reported that APM employees, transport company employees and even the members of Peru’s navy working the port have received death threats and other forms of intimidation. ADEX president Eduardo Amorrortu alleges that criminal interests are behind the stoppage and warns that the strike could threaten export growth and the image of Peru.

“Peru is highly dependent on the port of Callao both for exports and importing consumer and industrial goods, which should make the authorities take strong measures to guarantee the restoration of the normal function of the port for free transit of people and cargo,” reads an ADEX statement. “Any company can have operating, management or labor problems … [But] the problems at the port should not affect the life and integrity of third parties, nor the competitiveness of the country.”