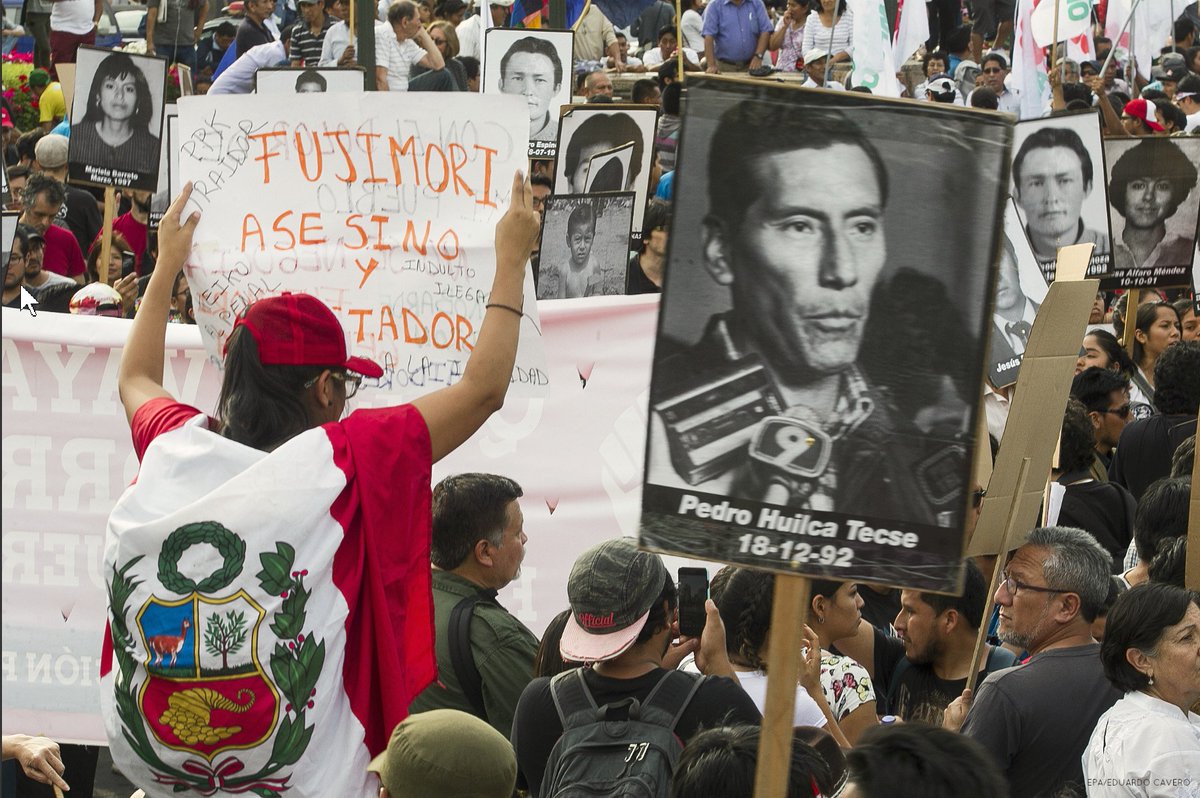 Tens of thousands of people took to the streets of Lima on Thursday to protest the president’s pardoning of former president Alberto Fujimori.

Police used tear gas to try and quash the dissent in the city’s biggest marches yet, at the corner of Avenida 28 de Julio and Arequipa, and the Palace of Justice, according to La Republica.

The protests are directed at Pedro Pablo Kuczynski (PPK), who last week said he would lift the 25-year sentence of Fujimori, who is serving time for corruption and authorising death squad killings.

The pardon was met with fierce resistance from those in Peru who think Fujimori should serve his sentence in full.

United Nations experts have said the pardon is a “slap in the face” for his victims.

Allegations of a deal between PPK and the opposition – Popular Force party – are also floating around.

The former president’s daughter, Keiko Fujimori, leads Popular Force, and some say PPK was spared impeachment in exchange for the release of her father.

Protesters were seen wearing headbands which read: “The pardon is an insult” and “Out, out PPK.”