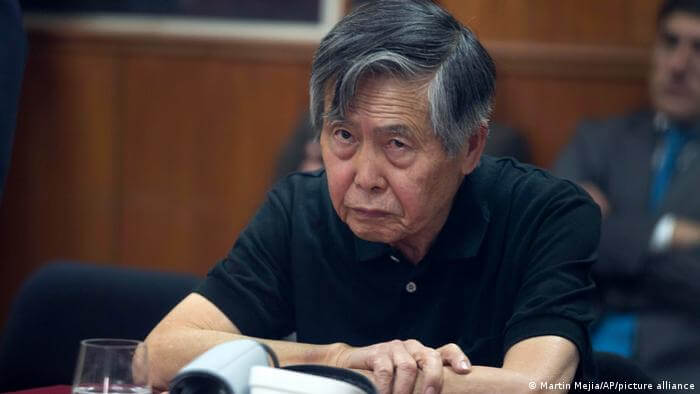 On March 30, the Inter-American Court of Human Rights (IACHR) ruled that Peru should not release former President Alberto Fujimori despite the fact that Peru’s Constitutional Court ordered his “immediate release” at the beginning of this week.

The IACHR ruled that this request should be executed temporarily until the court can review the matter further.

According to the court, this measure seeks to guarantee the right of access to justice for the victims of the Barrios Altos and La Cantuta massacres, for which Mr. Fujimori has been sentenced to 25 years in prison.

In a letter to Carlos Reaño, Perú’s special prosecutor that represents the State in front of international courts, the IACHR wrote:

“Require the Peruvian State to guarantee the right of access to justice for the victims of the Barrios Altos and La Cantuta cases and to refrain from executing the Constitutional Court’s decision ordering Alberto Fujimori’s release until this international Court resolves the request for provisional measures in the 147th Regular Period of Sessions”.

The letter also specifies that “the full text of the resolution will be notified shortly.”

Keiko Fujimori, daughter of Mr. Fujimori, a former presidential candidate, affirmed that if the Peruvian State accepts the order of the Inter-American Court, her family will hold the government “responsible” for “the consequences that its decision may generate in the life and health of Alberto Fujimori.”

“In one more chapter of a series of injustices against my father, an international court that has always been recognized for its ideological bias now intends to prevent Alberto Fujimori’s release from prison through a simple document, not even a resolution,” she said in an audio spread on social media.

For his part, the special prosecutor said that the country must comply with the decision of the Inter-American Court, since Peru is under the jurisdiction of the international body.

“Definitively, the resolutions of provisional measures must be complied with immediately. We do not know the procedure that the Constitutional Court has initiated, or with the Inpe [National Penitentiary Institute of Peru] or the enforcement judge in [the state of] Ica, but this note is being notified to the Inpe, the Constitutional Court and the judiciary of Peru”, he told RPP.

Peru is part of the Inter-American Court and in the past has obeyed its rulings, which can reverse local decisions.

#ProvisionalMeasures 👩🏾‍⚖️👨🏾‍⚖️Resolution of the Inter-American Court of Request for Provisional Measures in the Case of Barrios Altos and Case of La Cantuta v. Peru 🇵🇪 of March 30, 2022.

Mr. Fujimori is currently serving a sentence in the Barbadillo prison in Lima and was expected to be released after the Constitutional Court ruled in his favor by reinstating the humanitarian pardon granted by former President Pedro Pablo Kuczynski in December 2017.

At that time, Mr. Kuczynski argued the aging leader should be let out due to health concerns.

At the time, Mr. Kuczynski’s opponents argued it was a political ploy to shore up support from Fujimori sympathizers in Congress, which was considering impeaching Mr. Kuczynski. (Mr. Kuczynski would go on to resign the presidency in 2018 ahead of a likely impeachment).

In 2018, a lower court revoked the pardon, considering it did not meet the legal requirements.