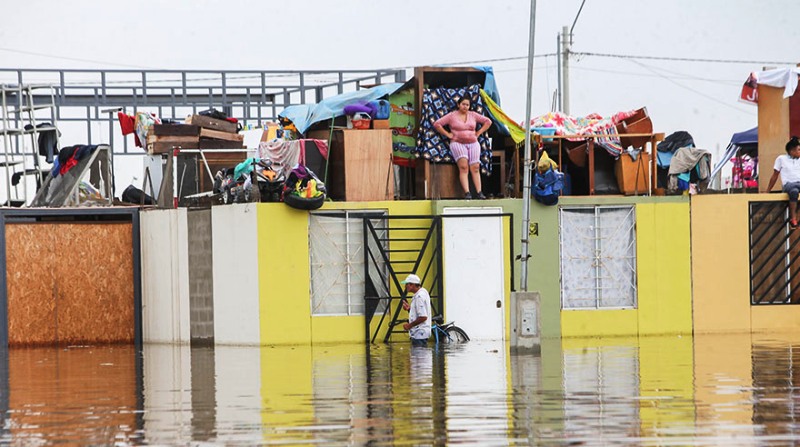 Peru’s government has declared a state of emergency in various provinces throughout the country which saw torrential rains, landslides and floods.

Cabinet chief Fernando Zavala declared the state of emergency after five people were killed in the southern state of Arequipa. The deaths came after days of increasing destruction in states across the country including Lima, Arequipa, Ica, Moquegua, Piura, Huancavelica, Puno, Ucayali and Tumbes.

“The Cabinet is on permanent alert for climate issues,” Zavala said from a summit in Arequipa. “It is important to note that local emergency centers and regional and local governments are already deploying and working, independent of Cabinet ministers.”

Three people were killed in a rockslide on a mountain highway outside Arequipa on Friday. Another was swept away in a river and a woman was crushed under the wall of her home when it collapsed under the weight of the rising floodwaters outside.

The deaths came just as the governments of Peru and Colombia meet for a high-level summit in Arequipa attended by Peru’s President Pedro Pablo Kuczynski and Colombia’s President Juan Manuel Santos.

Several international media outlets published a video showing a three-story hotel collapsing into an overflowing river in Huancavelica. Three bridges have also collapsed and sixty families left homeless due to flooding in Huancavelica.

At least 400 and as many as 1,500 homes were destroyed or severely damaged by flooding in Peru’s southern state of Ica, where the state government declared a 60-day emergency last week.

In Puno, over 12,000 hectares of crops including oats, beans, alfalfa, potato and quinoa were destroyed by floods.

The crop damage due to heavy rains in regions across Peru follows two months of droughts which also hurt the agriculture sector.